Caryn GootkinÂ talks to key investors about what is driving investment in renewables, what they look for in a renewable project, how such investments are structured and what sort of returns can be expected.

Coal, which fuelled the industrial revolution, remains the worldâs dominant source of energy. However, if not phased out by 2040, coal will push the world closer to climate change catastrophe, according to the United Nations Framework Convention on Climate Change.

According to global statistics provider Worldometer, South Africa ranks seventh in the world for coal consumption, accounting for about 17.8 per cent of the global total. Add to this the fact that WWF South Africa says renewable energy sources in South Africa produce power costing nearly half that generated from coal, and the conditions are ripe for a booming renewable energy industry.

Even in the absence of the environmental factors pushing the country towards renewable and more cost-effective energy, South Africans are looking for alternate sources of power â if for no other reason than to ensure a constant supply of energy in the face of regular bouts of load shedding.

âLoad shedding is the trigger that gets everyone thinking; it has been the best marketing tool for solar power and generators,â says Justin Schmidt, head of new sector development for Absa Retail and Business Bank.

Schmidt says there are other factors at play, however. âThese include the massive decline in the price of solar panels from Chinaâs mega-factories in response to growing global demand, the higher-than-inflation rises in the cost of power from Eskom, and the regulatory certainty provided to small-scale embedded generation installations through the third amendment to the Electricity Regulation Act in 2021. These factors have led to the creation of a strong local market that can install profitable renewable energy plants quickly and cheaply. A new 1MW solar plant costs in the region of R8-million to R10-million, and can sometimes be built within one month.â

âThe REIPPPP works in a series of bid windows,â says Rentia van Tonder, head of power, corporate and investment banking at Standard Bank. âThere have been five rounds so far and Standard Bank has been funding IPPs since the first round of bidding in 2011.â

Van Tonder says the bidding projects initially covered a range of technology, including coal and biomass, but more recently the focus has been on clean technologies, like wind and solar photovoltaic (PV). âAnother factor driving the industry is the move among corporates towards sustainability, with many now issuing their own requests for proposals to procure renewable power by building on site. This aids in security of supply (by reducing their reliance on Eskom), control over costs, and addressing environmental, social and corporate governance considerations.â

Paul Semple, portfolio manager of the Power Debt Fund and head of the unlisted credit team at Futuregrowth Asset Management, says that since the government opened up the private sector power market by raising the licensing threshold for embedded generation to 100MW, there are many new projects in the pipeline. âPrivate-sector producers can now generate and sell up to 100MW to offtakers other than Eskom, with a set tariff adjusted for inflation over the life of the power purchase agreement (PPA), making this an attractive investment.

âThe Power Debt Fund typically invests in IPPs that sell power to Eskom under a PPA. Some of our current investments include solar PV, concentrated solar power, wind farms and a small hydroelectric project.â

As with any investment, there are a number of important considerations to make before committing money. These fall into four categories.

Legal framework of the PPA

âThe projects are all contract-based PPA to sell power, so it is important to make sure that the legal structure of the deal is correct,â says Schmidt.

Quality of the offtaker

Investors must examine the ability of the offtaker to meet its commitments. All successful bidders under the REIPPPP enter into offtake purchase agreements with Eskom for power they will produce over the next 20 years. These revenue streams are what the projects use to repay the debt finance.

âLike any other infrastructure investment, the quality of the offtaker is one of the most important elements to consider in assessing any renewable energy project because it affects the other factors that influence the financial structure of the project, like the debt terms: quantum of debt raised; tenor of debt and pricing,â says Ziyaad Sarang, head of fund initiatives at Investec. âCorporate and rooftop projects are similarly impacted by the quality of the offtakerâs credit profile. Corporate PPAs also have additional considerations around regulatory risk and location (wheeling charges) to consider.â

Semple says that in the case of the Power Debt Fund, the offtaker is usually Eskom, which could be considered risky. âHowever, we are comfortable taking this risk because of the way the REIPPPP is structured. The legal construct provides a credit enhancement to investors, because it offers protection in the form of a sovereign guarantee behind Eskom. In addition, the terms of the PPA between Eskom and the successful bidders require Eskom to buy all the energy that is produced even if it doesnât use the power â it pays the full amount of the contracted tariff.â

âAbsa will lend up to 70 per cent of the cost of the project or portfolio on the back of commercial and industrial PPAs,â adds Schmidt, âif we think the end user will have the cash flows to fund their obligations in terms of the PPA.â

Quality of the IPP

Sarang says Investec considers other important factors such as âthe quality and competence of the project sponsor or developer, as well as the engineering, procurement and construction (EPC), and operations and maintenance service providersâ.

Schmidt says there are many solid IPPs in South Africa because there is a lot of scope in the smaller space. âThey have paid their dues over the last seven years and are now seeing good growth. The cost of building a plant has reduced drastically while the cost of buying energy from Eskom has increased substantially, making clean power a very attractive business.â

Absa has learned through experience with farmers not to focus only on security, but to view the projects as business enhancements rather than straight asset finance, explains Schmidt. âA business procuring energy from an IPP becomes more resilient, so it has better chances of survival because it can trade through load shedding and power cuts, putting it ahead of competitors. The business becomes more competitive because cash flow is better.â

Semple says it is important to look at the track records of developers in the South African energy space. âWe look for experienced developers that have successfully constructed projects in the previous rounds of REIPPPP bidding.â

The shareholders in the IPP

Semple says many IPPs are constituted as special purpose vehicles (SPV) with several shareholders. âWe look at the make-up of the shareholders to see if they have enough capital to support the project over the long term and if they are optimally aligned with the project lenders.â

âThere are also other factors like the strength of the strategic partners who provide support and contribute to the robustness of the project through technical know-how and global presence,â says Van Tonder. âWe look at the quality and track record of the EPC contractors that will build the project.â

âThe project itself needs to stack up in terms of its credit metrics,â says Semple. âThis includes the strength of the PPA but, equally, the project must be able to stand on its own irrespective of who the offtaker is. We check that they have the correct gearing and cash coverage ratios to service the debt, and that there is sufficient equity contributed by the shareholders.â

Structure of the investments

âRenewable energy projects, with their large capital costs, are typically structured as project finance transactions using non- or limited-recourse debt and equity, and are fully funded from the outset,â explains Sarang. âThe equity and debt are paid back from the cash flow generated by the PPA signed with the offtaker.â

Van Tonder says the bulk of these projects are SPVs with various equity partners. âThe shareholders are usually developers, strategic investors and private equity funds, with Standard Bank as the main debt funder.â

âIf our client is looking to install solar in their own office or retail park, Absa would use the hardware (solar panels, batteries) as security, but also look at how the installation will improve the cash flows of the business,â says Schmidt. âThis is an asset finance transaction, but we assess the cash flow and structure the debt off the back of that.â

Schmidt adds that this type of client generally pays off the loan at the same yearly value or less than what they were paying for power from Eskom. âBecause solar panels have a lifespan of 20 or more years, the finance is structured on a longer term than usual. Generally, the solar investment has an investment payback of three to five years, but our funding would be structured at five to seven years, sometimes even as long as even 10 years. We are currently seeing a six to seven-year break-even point for farmers, where we would look to a longer loan period because the cost offset on energy bills to a loan improves their cash flows and makes them more competitive in totality.â

Bidders under the REIPPPP must bid at a competitive tariff to be allocated megawatts, explains Van Tonder. âOnce you are bid compliant, they look at your tariff and award the contracts to the lowest bidders. The winning tariff for solar PV in bid window five was 34c/kW and for wind projects was 37c/kW â these are very low rates that are positive for both Eskom and the consumer. So the returns are now reduced from around 20 per cent in earlier rounds to much lower.â

Sarang points out that equity investments in renewable energy projects are seen as attractive and generate strong demand. âFor greenfield projects, equity returns
in the REIPPPP have decreased from around 17-19 per cent in bid window one to single-digit returns on the low end in bid window five. Corporate and industrial PPAs are targeting early to mid-teen equity returns for greenfield projects. 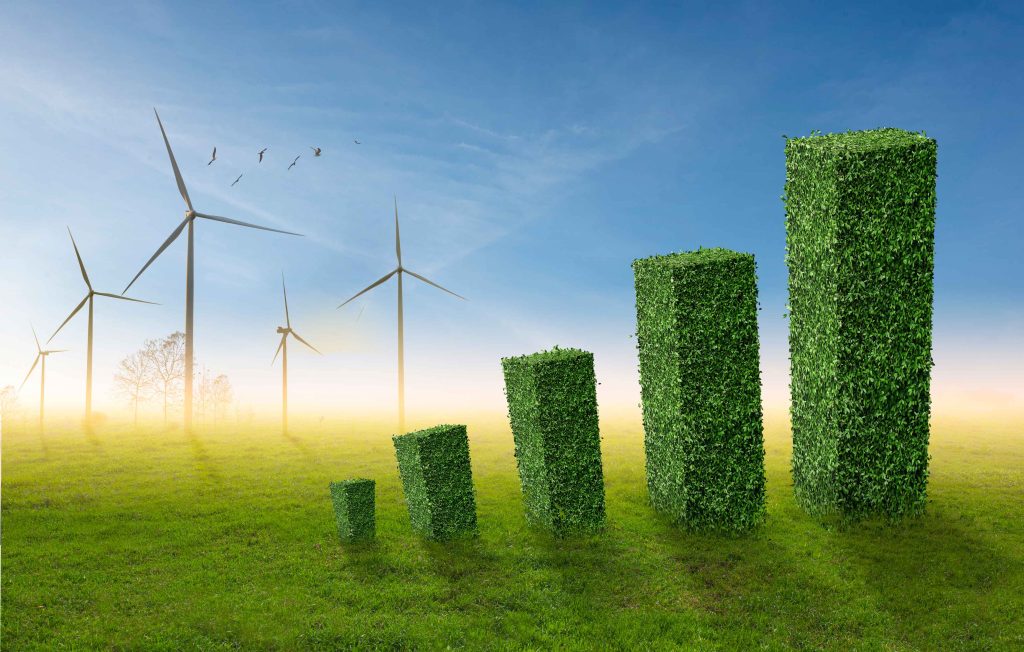 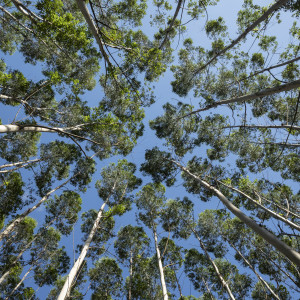 If Youâre Looking For Renewables, Look No Further Than WoodÂ 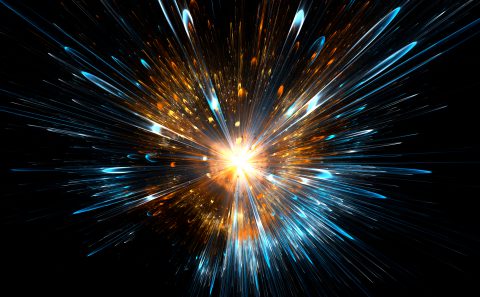 Renewables On The Rise 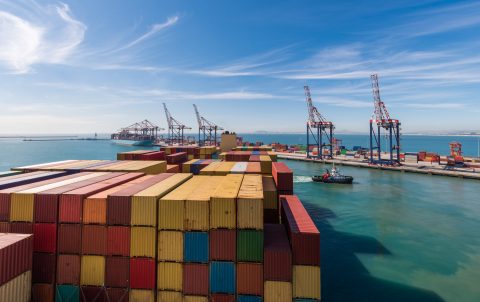 If Youâre Looking For Renewables, Look No Further Than WoodÂ

Renewables On The Rise