IPPs And The Law

Matt Ash, a director of Norton Rose Fulbright, on how independent power procurement works, what the legalities are and what this ultimately means for our energy future.

It is important to understand that the Electricity Regulation Act stipulates that nobody can generate and sell power without a generation licence issued by NERSA. Applications for such a licence have typically been complex and admin-intensive, and not simply available for the asking. Both the evaluation process and the public-participation element are quite intensive, making it a lengthy process before such a licence is granted.

However, where in the past there were exemptions for projects of less than 1MW â basically those entities putting in a rooftop solar project â the new regulations allow for projects up to 100MW to be exempt from this licensing process.

The new rules mean that embedded independent power producers (IPP) no longer need to apply for or hold a generating licence if their project is 100MW or less. This should help to unlock the IPP capacity that has existed for years in a way that that will assist Eskom with its generation constraints.

The highly onerous compliance and cost impediments faced by those previously seeking such generation licences have been removed. However, there remains a challenge in that, although there are hundreds of projects of this nature wanting to connect to Eskomâs grid in order to wheel power, the network simply does not have the capacity to handle all these IPP facilities.

Another challenge is that these IPP facilities are typically wind or solar plants, which makes intermittency an issue, as they will not always be capable of generating as anticipated. This type of fluctuating generation profile inherently destabilises the network. So far, Eskom has done a masterful job in managing the stability of the network under trying conditions, but there will obviously be concern about connecting intermittent renewable projects to the network. It is suspected we will soon see a greater focus on energy storage solutionsÂ in order to âsmooth outâ the intermittency issue, as well as see Eskom implementÂ grid-balancing rules and fines for breachesÂ of those rules.

Another challenge is the potential impact such projects might have on municipalitiesâ finances, as many of the metros currently earn a margin on distributing energy they have purchased from Eskom.

Pragmatically, it is unlikely we will see any new coal generating capacity being developed, with nuclear and gas being more likely options for base-load power. The concern with nuclear is mostly around procurement, as there has not been a nuclear build in the past 15 years that has been on time and on budget. Moreover, experience tells us that mega-projects of this nature lend themselves to corruption.

From an IPP point of view, the exemptions appear to go as far as they can. What government has done is throw down the gauntlet to those clamouring for a higher exemption threshold, offering them the ability to do it, but querying whether they really have the wherewithal to do so. Remember that the issues around network capacity, load balancing, and municipal finances mentioned above are all nettles that will need to be grasped.

This is likely to be an iterative process rather than a big bang, specifically inasmuch as the grid presently does not have enough capacity to connect all proposed projects. Substantial investment in network expansion and strengthening will be required first before most of the myriad sub-100MW facilities will be able to connect. On the other hand, the exemption framework does facilitate the development of embedded generators, which can create power without connecting to the network, for isolated projects like mines.

These changes have the potential to be a massive game changer, but remain dependent on solving the constraints of access and network capacity. Ultimately, it is believed this will be a key driver not only for increased availability of electricity, but also for the liberalisation of the electricity market, moving South Africa closer to a deregulated, day-ahead free market. This definitely has the potential to have long-term impacts; what we need to solve first is the network challenge.

The Heart Of Gold 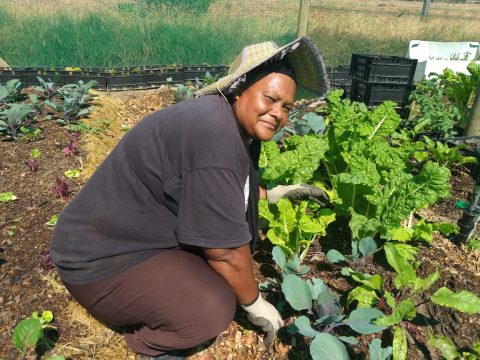 The Heart Of Gold