Gareth Griffiths takes a look at the status of the local renewable energy market in 2022, and what the future may hold.Â

Despite the support from influential sources for coal-based power to remain the countryâs major source of energy, the renewables industry is upbeat about the tremendous opportunity presented by non-fossil fuel-based options, including the impact they will have on job creation and our economy, as well as our future economic growth.

Since the IRP was originally published in 2010, the cost of fossil fuel utilisation has risen while that of renewables has dropped dramatically. In fact, the proponents of solar power argue that photovoltaic (PV) energy is currently the cheapest technology in the world for power generation and that the early challenges of intermittency (when the sun isnât shining) have largely been solved due to the ubiquitous battery power storage options now available on the market at a viable price. Thus some experts express the view that the latest IRP 2019 is already outdated.

South African Photovoltaic Industry Association (SAPVIA) chairperson Wido Schnabel believes that the renewables industry has the potential to attract investment back into South Africa, because it delivers results quickly. In contrast, lack of reliable grid power and consequent load shedding have been major disincentives to investors. A recent study by SAPVIA, in conjunction with the Council for Scientific and Industrial Research, found that renewable energy had far greater job creation potential than coal-fired power generation.

However, Schnabel feels the nature of the Integrated Resources Plan 2019 roll-out, which defines what technology is to be used and when it will be added to the grid, is problematic for the solar industry and a disincentive for industry at large. âYou canât have a roll-out with gaps in it, as we have had with the successive stages of the REIPPPP bid windows. Hence, you canât have people here to work on a project (build phase) for a year and then for a two-year gap have nothing to do (while waiting for the next stage). It also does not help get further industrialisation going to support local content programmes, a requirement of REIPPPP round five and currently a big stumbling block.â

Schnabel says that following REIPPPP round three in 2014, it took four years for the next phase to be implemented. âDuring those four years, all investment in industrialisation to support and supply this industry shut down, including plant and factory investments. This caused investors to lose trust in the governmentâs programme. So the government is not procuring renewables fast enough nor removing the red tape for the private sector to invest in infrastructure.â

The risk mitigation projects currently envisaged by the government should also be seen as temporary, argues Schnabel. Of concern has been the move to contract powerships for up to 20 years. This long-term action greatly exposes the country to both the inevitable gas price escalation as well as the risk of the declining rand. Schnabel believes that renewables in general have far greater potential to fill the emergency power gap and will afford the country a genuine investment, not just an expense.

Encouragingly, however, the industryâs research and calculations show that private investment into embedded solar PV infrastructure has rendered 2.5-2.6GW of renewable energy, most of which has been added to the grid. âThis represents a large number of âelectronsâ added into the grid, at no cost to government or risk to the national treasury,â says Schnabel. âThis also helps diminish the impact of load shedding on the country.â

In 2021, President Ramaphosa made a bold move in lifting the licensing requirement from 1MW to 100MW for embedded (private) installations. âIt is a certainty that the private sector will rise to this challenge and that investment will occur in the private embedded power facilities,â believes Schnabel. âWe need more bold steps in this regard to get us out of our energy crisis. We need to see an IRP with 4-6GW of solar deployed every year, along with wind power of 3GW and energy storage rated at 2GW hours for four hours (typically battery) per day for at least 10 years. To do this, South Africa needs to be very aggressive and fast-track these programmes.â

Wind in the sails

Meanwhile, on the wind power generation side, the South African Wind Energy Association (SAWEA) chairperson Mercia Grimbeek confirms that to date in South Africa, 36 wind independent power producers have been procured. Most have reached commercial operations and now contribute 3.4GW capacity to the national power system.

Grimbeek agrees that to enable economic recovery, the country needs to overcome the current energy deficit to keep the wheels of industry turning and meet the needs of a growing population. âTo achieve this, key elements require alignment, including supportive policy and political will, rolling procurement, the ability to drive the local manufacturing sector in addition to other localisation requirements, investor confidence and access to green finance, and a sector transformation framework.

âLifting the self-generation threshold to 100MW without licensing â our first free market in this space â opens up the demand- and supply-driven market to the private sector,â adds Grimbeek. âThis will drive investment in the energy generation sector and support economic growth, while diversifying generation away from a single risk entity. The industry could easily enter into power purchase agreements with private entities, including intensive energy users that form a significant portion of our GDP, delivering projects quickly.â

SAWEA board member and managing director of Globeleq South Africa Dhesen Moodley agrees with Grimbeek. âA clear plan [from government] to unlock grid constraints will support competitive permitted projects winning in upcoming rounds. This will be key to maintaining tariffs close to those recently achieved, despite the pandemic having increased transport and materials costs, and may endure for a few years. A fast-tracked public-private partnership could build out the transmission network for handover to a new-look grid operator without disrupting the rolling procurement proposed in the IRP. The foundation work has been completed in the Renewable Energy Development Zones. Developing local expertise to optimise wind farm availability, rather than relying on international options, is key.â

Strictly speaking, utility-scale hydroelectric power does not exist in South Africa due to our scarce inland water resources, but Eskom has four grid-connected hydro-peaking plants. These do not contribute net power to the grid, since water has to be pumped back to upper reservoirs when the demand grid power is low, thereby utilising power during off-peak periods.

The most successful hydro-peaking plants is the City of Cape Townâs Steenbras power station, which was commissioned in 1979 and generates up to 180kW of power via four turbines. It is used to offset the demand for electricity during peak times and has been invaluable during load shedding, when the city is able to offset the declared level of load shedding by one unit during daytime.

Another natural resource worth noting lies under the very ground we live on.

Geothermal energy is a type of renewable energy harvested from below the earthâs crust. This can be used in the production of steam, which can drive a turbine to produce electricity. Although abundant in places such as Iceland and parts of California, geothermal energy is not a large-scale power option for South Africa.

However, this resource is present in another form, which allows it to be harvested and used to produce heat or cold in place of grid power, suggests AndrÃ© Harms, an experienced sustainability engineer and the founder of Ecolution Consulting.

âThe concept works via two main components: the heat pumps and theÂ geo-exchange field, through which an exchange fluid such as water circulates,â explains Harms. âThe heat pumps work by extracting thermal energy from the cooling cycle, which happens inside the geothermal field. This makes it cold enough to be used for space cooling instead of air conditioning. The energy taken up is transferred back to the geothermal field and cooled. Conversely, when the geothermal field is warmer than the surface temperature, a heating cycle occurs where the exchange fluid becomes warmer and is used for space heating (in winter) and/or hot water production. Itâs like a giant-scale refrigerator that moves the energy out of the fridge compartment to the radiator coils at the back.â

One of Harmsâ groundbreaking and award-winning projects, Hotel Verde at Cape Town Airport, has a geo-exchange system. âA geo-exchange system such as the one at the Hotel Verde, bluntly put, offloads thermal energy into the ground in summer and extracts thermal energy from the ground in winter,â he explains. âHotel Verde has 100 boreholes in the ground, each about 65m deep, with each containing twin water-filled tubes connected by a U-bend at the bottom. All the horizontally connected pipework and routing goes back to the plant room (where the heat pumps are located) and there is more than 13km of pipework in the earth available to exchange thermal energy with the ground.â

Harms says the system produces heating, cooling and hot water extremely efficiently and cost effectively compared with the total system electrical energy input. âIt is suited to a greater scale, where it might even be better because the demand of more buildings for heat and/or cooling can be balanced and more efficiently met.â 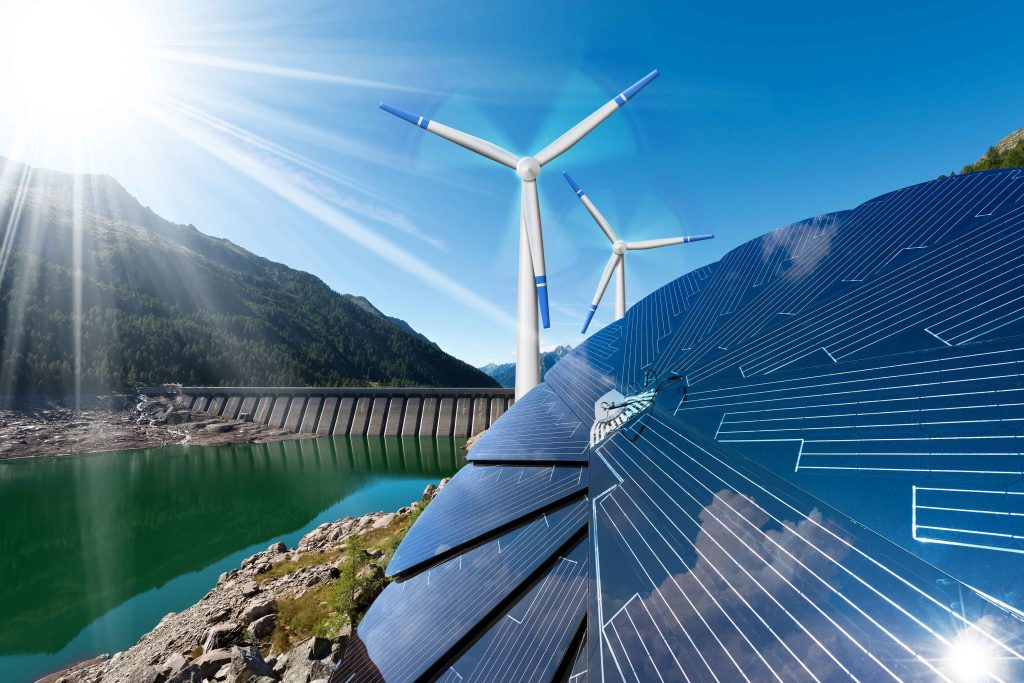