Hay back in April 2020, at the very start of the pandemic, a New York Times article reported on the plight of a newlywed South African couple who suddenly found themselves stranded in the middle of the Indian Ocean.

They werenât by any means confined in any sort of hell, though. They were, the storyâs introduction noted, tongue-in-cheek, âtrapped in an eternal honeymoon in the Maldivesâ.

They were sequestered on precisely the sort of unblemished patch of paradise that makes your heart go pitter-patter when youâre scrolling through the internet deciding where to go for your next holiday. Their situation involved a five-star cocoon on a tropical island in a coral atoll. Not only surrounded on all sides by warm, unfathomably blue ocean, but they had their luxury resortâs staff attending to their every need.

In a pandemic, timing is everything, and the couple, fresh from their wedding and the plans leading up to it, were caught in a romantic daze. All assurances suggested theyâd have little trouble during their planned six-day getaway. By the time they arrived at their resort, matters were changing fast, but who pays attention to the news while on honeymoon? They were blissing out on magical sunsets, lolling in hammocks and gawking at tropical fish while breathing through a snorkel.

When news of South Africaâs impending lockdown reached their loved-up ears, the mad-dash travel time required to get to the airport and catch a flight back through Doha meant getting home before the borders closed was just not possible. They were technically stranded, compelledÂ  to wait for repatriation opportunities. Shame, hey?

Ah well. In the meantime, everyone else was off the island. Everyone except staffers who followed the rule â like captains of sinking ships â that they remain until the last guest departs.

One might pity those honeymooners the logistical hell they faced trying to arrange, via distant consulates, a flight home. But I canât resist imagining the grand adventure those two, at the start of their life together, were enjoying.

Imagine it? Groundhog Day in a tropical paradise. Waited on hand-and-foot while youâre quartered in an adorable overwater bungalow from which you can slip out of bed, and then slide from your veranda into the balm-like embrace of a calm sea so pale-blue and clear that you can see the expressions of fishes swimming by.

As many have said, itâs an extraordinary time to be alive. And there are few more extraordinary places to find yourself than on one of theÂ 1 192 islands that comprise this nation of 26 coral atolls straddling the equator.

Once youâve touched down amid the relative bustle of the main airport, you are ferried to your island resort, either by boat or seaplane. The latter, incidentally, is one of the best airborne adventures on earth; from these small, low-flying planes you have incredible views of what look like strings of gigantic jade-and-pearl jewels set within endless tracts of blue-green marble â thatâs what the Maldives looks like from above. You want to weep for the loveliness of it.

The islands are tiny. Scattered far and wide, fewer than 200 of them are inhabited. Another 150-or-so have resorts on them and the policy is one island, one resort. Which means itâs made for physical distancing, for sucking down the cleanest air, for unfurling yourself on a beach in near solitude as the sea gently laps at your feet.

By a very long stretch, thereâs more ocean than land and what land there is only just pokes out above the surface. Itâs the lowest-lying country on earth, with no mountains or hills. Itâs highest natural point a mere 2Â½ metres above sea level. Such idiosyncrasies pose certain challenges, sure, but the reality is that this eye-level relationship with the sea, that feeling of walking out of your room and across a flat beach straight into the warm water is part of what makes this place feel so otherworldly.

And then there are the resorts themselves. Thereâs a vast variety of them, catering to every sort of budget. From intimate guesthouses on the local islands and live-aboard boats for scuba divers and maritime adventurers to ultra-plush fancy-pants places where Hollywood superstars congregate and the wealthiest CEOs throw wedding getaways. And there are modestly priced in-between places where, quite frankly, you are treated like a VIP and have access to much the same gorgeous scenery, even if Leo DiCaprio isnât staying on the same island.

No matter where you go, emphasis is on barefoot luxury, so thereâs the pleasure of being able to let your hair down. Youâre not there to impress anyone â youâre there for yourself.

And if you assumed that the Maldives is simply for the ultra bone-idle, youâd be wrong. Thereâs plenty to do aside from soaking up the sun. Most activities involve the water, obviously. But whether you wish to be in it, under it or on top of it is a question to be dealt with as per your prevailing mood.

The snorkelling is phenomenal. Among the marvels to see are the blue-glowing bioluminescent phytoplankton around Vaadhoo Island. Maaya Thila, meanwhile, is one of the best places on Earth to swim with whale sharks. You hear stories about the turtles and manta rays but until you find yourself casually swimming with these creatures you cannot imagine the way doing so makes your heart beat faster. Even the sharks are a delight. Keen divers can swim with hammerheads, bull and tiger sharks, but right at the waterâs edge you will see tiny sharks, like puppies, hanging out in the shallows.

You can set off on sunset cruises or take day trips to patches of white-white sand that pop up in the middle of the sea when the tide is low. Or sail on a traditional dhoni, built from the wood of the coconut palms that are the mainstay of island vegetation here, the trees everyone wants to hang in a hammock from.

Yes, clichÃ©s abound, and youâd be forgiven for assuming that all the hype has been manufactured in a Dreamworks studio, Photoshopped to feed the marketing machine.

Yet the opposite is true. If anything, the brochures donât do it justice. Sure, there are the pretty pictures of the snow-white beaches, the solitary beachcombers soaking up the sun, and drone shots capturing isolated patches of sand sprinkled across a tanzanite-blue sea. But none of these images has you in them, and none of them convey the soft embrace of the water, almost milky to the touch, the sunlight reflecting off the white sand underfoot, nor the way those multicoloured fish look at you as you snorkel by.

Which possibly explains why those honeymooners were so uncoupled from the reality brewing in the outside world â you are so literally in paradise, itâs impossible to imagine ill-fortune.

Which is precisely the point, right? 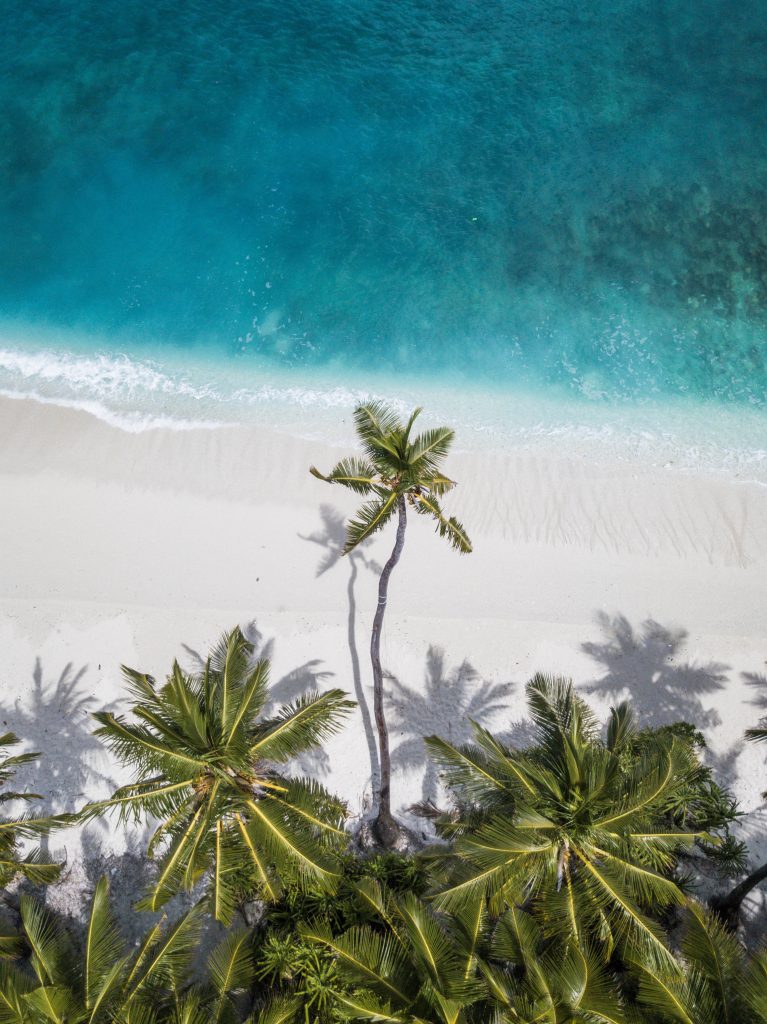 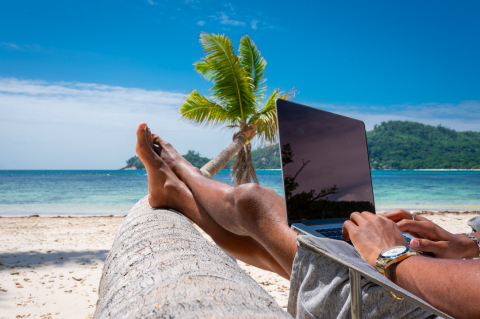 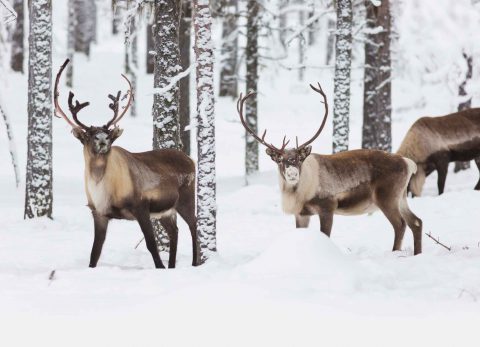 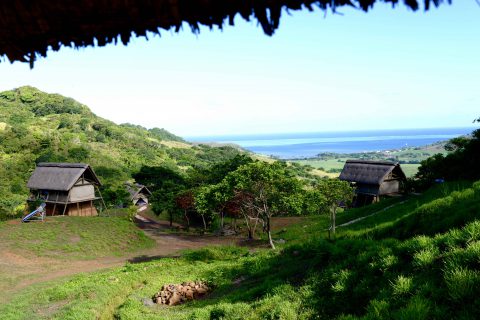 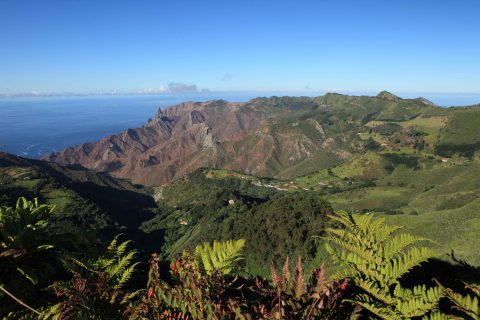 The Legend Of Half Tree Hollow

The Legend Of Half Tree Hollow
Next Article >