Platinum group metals are playing an integral role in shaping the world we live in. To find out just how much the advancing world is relying on PGMs, SA Mining caught up with the World Platinum Investment Councilâs director of research Trevor Raymond.

What do you see as the key factors driving innovation and technology development in the PGM space?

For over 100 years the key factor that has resulted in innovation and technology development related to PGMs is their unique properties. Leading-edge academic research and the multi-faceted process that leads to commercialisation of processes and products that use PGMs, including access to capital, are as important here as in any other scientific advancement.

However, the unique catalytic, chemical and physical properties of PGMs underpin, strongly, both new uses and innovative applications of existing ones. At the moment, the global imperative to decarbonise â and the emphasis on reducing emissions â is also creating what some consider to be a âhydrogen revolutionâ, which is a major focus for PGM innovation and development.

What is the appetite from the various industries, governments and leaders for new developments? Why is this?

Because PGMs have a long-standing and exemplary track record in so many diverse applications, it is hard for leaders, both public and private, not to have had exposure to their successful uses. This awareness has helped, and continues to help, PGM developments to attract support.

However it is important that PGM market development efforts include increasing understanding of the role and potential of PGMs to ensure that any gaps in awareness are filled.

Certainly, in terms of the hydrogen economy, there is considerable engagement. It is now estimated that green hydrogen could supply up to 25% of the worldâs energy needs and become a $10-trillion addressable market by 2050.

The necessary industrial collaboration is also gathering momentum. For example, the Green Hydrogen Catapult initiative will see industry target the deployment of 25 gigawatts of renewables-based hydrogen production by 2026, with a view to halving the current cost of green hydrogen to below $2/kg and increasing production fiftyfold.

In establishing the initiative, the world-leading enterprises behind the Green Hydrogen Catapult are collaborating to accelerate the necessary technological and infrastructure advancements, as well as related market development. In addition, the Catapult target requires investment of roughly $110-billion.

What do you consider to be some of the key challenges associated with progressing new innovations in this space?

Price volatility of any PGM used in a new process can slow development. Major PGMs, platinum and palladium, benefit from being actively traded over the counter and on global futures markets, which helps to provide industrial users with the ability to manage price risk. The remaining PGMs support many uses where the amount of metal used in a product or in its production comprises a small portion of the overall value of the product. As a consequence, its usage is less sensitive to price changes.

Increasing the awareness of the unique and untapped solutions that PGMs provide in industrial applications is important for maintaining momentum in academic research and attracting venture capital, as well as encouraging supportive policy.

South Africaâs commitment to policy that supports expansion of PGM mining to meet future global needs is critical. SA PGM minersâ continued effective engagement with government has moved this forward but the importance of getting it right needs wider recognition and commitment.

Is SA, the largest producer of PGMs, doing enough to progress innovation and technology developments?

There is already a lot being done to progress innovation and technology developments. South Africa provides over 70% of platinum, over 35% of palladium and over 80% of rhodium mined supply each year, with a well-established mining industry that has grown to meet the demands of the increasing number of industrial applications.

PGM mining companies have funded market development for over 30 years. This has led to the establishment of a global platinum jewellery market â which peaked at 3moz per annum in 2014, and which is expected to see demand above 2moz in 2021 â as well as generating strong investment demand which peaked at over 1.5moz in 2020.

Importantly, innovation has been boosted by the attraction of capital from the venture capital sector for new PGM applications. Anglo American Platinum, Impala Platinum and South Africaâs Public Investment Commission have invested in AP Ventures to support this.

AP Venturesâ investment strategy is focused on companies developing technologies that are capable of sustainably solving global challenges such as renewable energy integration and resource scarcity. A key area of focus is the decarbonisation of transport and heavy industry. Through fuel cells, green hydrogen enables zero-emission mobility while the use of hydrogen for heat can enable the decarbonisation of industries such as steel and cement manufacturing currently reliant on hydrocarbon fuels.

What are some PGM-related innovations and technology developments under way?

As hydrogen becomes a mainstream fuel, PGMs â specifically platinum â are key to unlocking its potential. Platinum catalysts in proton exchange membrane (PEM) technologies are instrumental to both the production of âgreenâ hydrogen through electrolysis and in fuel cells.

PEM technology continues to evolve, and its electrolysing capabilities have been boosted by the development of a new platinum- and iridium-based catalyst which contains up to 90% less iridium, while performing up to three times better.

This not only reduces costs, making green hydrogen production more affordable, but also removes concerns about the availability of iridium, of which only a small amount is produced annually, ensuring PEM electrolysers remain at the forefront of electrolyser technology as the market expands.

A potentially game-changing project to fully integrate a PEM electrolyser into an offshore wind turbine as a single synchronised system to directly produce green hydrogen is also under way. Although in its developmental stages, the system has the potential to lower the cost of hydrogen by being able to run off the grid.

PEM fuel cells are increasingly being deployed across a wide range of transport modes, with serious industry players developing prototypes for hydrogen ships, aircraft, racing cars and ambulances, demonstrating the zero-emissions potential for this technology across all modalities.

Fuel cell powertrains in other vehicles, especially trucks, buses and forklifts and trains, are well established, and the automotive sector is increasingly collaborating to develop the fuel cell electric vehicle (FCEV) market.

This even includes allowing royalty-free use of their FCEV patent licences and providing âoff the shelfâ fuel cell systems that can easily be adapted by other companies across a wide range of industries for use in their own products.

Other industries looking at ways of decarbonising their operations are also recognising the benefits of PEM fuel cells for stationary applications, such as backup power for data centres and mobile telephone masts.

Stationary PEM fuel cells have been used to power a rock concert and an outside TV broadcast, demonstrating their potential. There is also scope for PEM fuel cells to provide stationary power for construction projects. In the UK, a pioneering initiative has seen the installation of a hydrogen fuel cell to provide off-grid power at National Gridâs Viking Link interconnector project in Lincolnshire.

With so much focus on the hydrogen economy, it would be easy to overlook PGM developments in other sectors. However, PGMs continue to be at the forefront of medical innovation, for example in the development of an artificial kidney and increasingly sophisticated and less invasive clot-retrieval techniques in the treatment of strokes and aneurysms.

PGMs have played an active role in the COVID-19 pandemic, being used in instruments that read blood gas composition â vital as a diagnostic tool for healthcare professionals treating the virus as they help to screen, diagnose and monitor patients suffering from respiratory compromise.

Platinum catalysts in the chemical sector are involved in the manufacture of both polypropylene and medical-grade silicones for personal protective equipment, as well as in the production of many active pharmaceutical ingredients, including antibiotics used in the treatment of some COVID-19 patients.

Electrochlorination systems are being deployed in Italy, China, Japan and Singapore to produce sodium hypochlorite for disinfecting surfaces including those in buildings and public areas as part of efforts to beat the virus. The PGMs iridium and ruthenium are important catalysts used in these systems to produce chlorine.

In the digital world, the roll-out of 5G and the internet of things relies on platinum-based sensors, while newly developed low-temperature catalysts in refrigeration applications can extend the life of fresh produce.

Meanwhile automotive PGM usage, while well established, continues to see innovation. For example automakers and catalyst manufacturers, using technology developed over the past 20 years, have partially substituted platinum for palladium in light-duty gasoline vehicles. This is again to address a price difference between two PGMs that can be substituted in the same application without compromising emissions standards.

Besides fuel cell and hydrogen economy developments, are there any other new PGM-related projects on the go?

Interestingly there have been significant developments in the jewellery sector, especially in terms of product innovation, product promotion and new and emerging consumer channels.

Platinum jewellery demand is important to platinumâs many industrial uses because its demand is typically price-sensitive. This means that if mined platinum supply growth is not closely matched to demand growth, metal destined for jewellery is immediately available for industrial use with an increase in price over the short term.

This provides increased confidence for users of platinum in industrial applications to invest in and grow new technologies and uses.

How are these developments set to change how the world operates in the next five to 10 years?

Climate change is higher up the global agenda than ever before. While national goals to achieve net-zero extend, in the main, to 2050 (South Africa, UK, US, Europe and Japan), with China looking to 2060, the next decade will be crucial in terms of making real progress in this area.

Hydrogen â and PEM technologies â have the potential to be a game changer here. And if successfully deployed, it is likely that we will see increased collaboration and investment over the next decade which will bring hydrogen industries to scale.

As a result we will see more FCEVs on our roads supported by an integrated refuelling network. In addition, a world where fuel cell-powered public transport, aviation and shipping could become the norm.

In other sectors, PGMs will continue to be instrumental in improving how we live. This will include improved medical outcomes as nano technology, using platinum particles to inhibit disease progression or accelerate treatment to provide more targeted and effective treatments, is explored further. Improved access to, and therefore demand for, established medical treatments using platinum will also feature.

PGMs will also play an important and continuing role in emissions control of the internal combustion engine âtailâ that will exist as the world transitions away from fossil fuels.

As these developments increase the role and use of PGMs, South Africa will be changed as it grows output to meet the new demand. Key to this growth is certainty in global policy.

South Africa has already shown that during the early 2000s, when clear automotive policy resulted in over 50% diesel in EU passenger vehicles, it was able to grow output and meet the increased automotive needs. Hydrogen policy certainty can do this over the next 20 years. 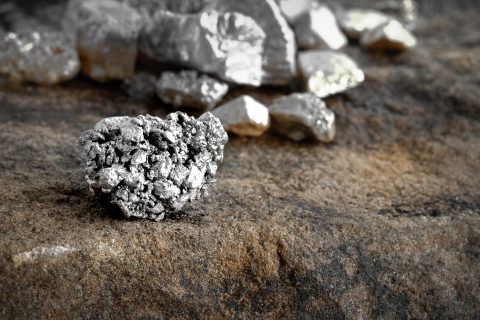 A Sector In Crisis?

Outlook For Platinum In 2021

A Sector In Crisis?

Outlook For Platinum In 2021
Next Article >