Ever wonder what we as South Africans are really good at? No, itâs not rugby, although sometimes we are, like when we won the World Cup in Japan. No â itâs mining, particularly platinum group metal mining. Itâs deep, itâs dangerous, and itâs costly, but itâs worth it, when you find the right stuff safely. And we hold about 80% of the worldâs PGM resources in our own backyard.

The bulk of the PGM products are used for catalytic converters in the auto industry, but they also have applications in the medical and pharmaceutical, aerospace and defence, petrochemical and food industries, just to name a few.

The use of PGMs in proton exchange membrane (PEM) and fuel cell electric vehicle (FCEV) technologies offers South Africa a unique opportunity to demonstrate global leadership and expertise in these fields.

Furthermore, the combination of current geopolitical factors and the inauguration of a climate-friendly Biden administration, the realities of a post-Brexit world, as well as global recovery from the impacts of COVID-19, have created a âperfectâ storm for commodity prices.

They are positively surging to record highs â platinum is in the region of $1 172/oz, rhodium is approximately $29Â 200/oz and palladium is in the region of $2336/oz. Some commentators are of the view that a super cycle has already started. Either way, South Africaâs PGM industry is well-positioned to take advantage of current circumstances.

There is also the global demand to decarbonise the mining industry; to factor in renewables and implement environment, social and governance (ESG) principles. This of course puts increasing pressure on local and international players to comply, while also focusing on operational excellence, stakeholder management and financial profitability.

There are now some 81 countries developing or who have completed studies looking at hydrogen strategies. Thatâs future-focus on a country scale. The European Union has committed itself to zero-carbon emissions and 32% use of renewables by 2030 in its energy mix, and aims to achieve climate neutrality by 2050.

The United States is now not far behind, as it has reaffirmed its commitment to the Paris Climate Accord. In addition, China has indicated that it intends to be carbon-neutral by 2060, and that 25% of its primary energy mix will be non-fossil fuels, i.e. renewables plus nuclear, by 2030.

Mining is a complex mix of art and science, and individual companies will have to effectively engage with the technology and strategic options that the hydrogen economy has to offer.

The global race to make hydrogen work as an energy source is on. Itâs a unique opportunity within the mining sector in general, and the PGM industry in particular, to lead and deepen these and other initiatives by formulating and implementing the right strategy at national, industry and individual company levels.

It is critical that technology choices are data-driven, that appropriate policy interventions are prioritised and that ESG-led monitoring and measurement frameworks are put in place. Whatâs more, collaboration is key â partnerships need to be established in order to drive success.

It is not often that you get the opportunity to redefine the energy base of an industry or an economy. Developing the hydrogen economy, centred around our PGM mines and technologies, could be a breakthrough moment for our country. It is so innovative and disruptive, it might even be interesting enough to tempt Elon Musk to lend a hand. 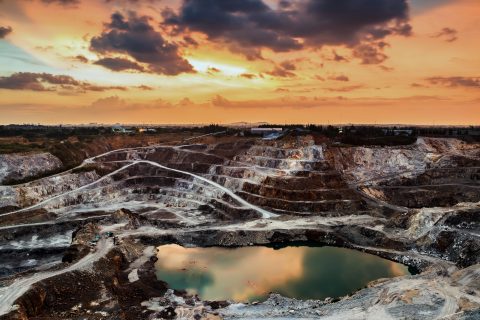