A heavy-duty truck suitable for mining.
By: Nelendhre Moodley

âUD Trucks utilises and adapts global technology, knowledge and resources to provide trucks and services that meet the fast-changing requirements of todayâs transport industry. Globally our innovation efforts are focused on autonomous driving, electromobility and connectivity â the three innovation pillars that will shape the future of smart logistics.â

According to Swanepoel, customers are demanding greater fuel efficiency and improved safety, among others, and the New Quester, a heavy-duty truck suitable for the mining sector, is aligned with meeting these needs.

âFeedback from customers, following the launch of the first Quester in 2013 and the upgraded model in 2016, have been used in the design of the latest model,â said Volvo Group president Jacques Michel.

The New Quester, which delivers a higher payload, is equipped with a greater cabin size and improved comfort as well as the latest smart solutions arising from the elements of the Fourth Industrial Revolution, delegates attending the product launch at Sun City were told.

The lighter extra heavy-duty truck, with parts including rims and engines manufactured from aluminium, ensures a more fuel-efficient vehicle, the company states.

The New Quester, which is targeted at a variety of fleet operators from long-haul transport to mining, inter-regional and construction, contains key new features such as ESCOT automated manual transmission, air-suspended cabs, higher-powered engines, a retarder, electrical cab tilt and user-friendly telematics.

âTo boost productivity and profitability for business owners and logistics companies, the New Quester achieves enhanced fuel efficiency of up to 10% compared to the current Quester with the 12-speed ESCOT automated manual transmission, lighter tare weight and optimised driveline, depending on the operating condition, driving behaviour and vehicle maintenance. ESCOT includes specific software that optimises gear shifting according to engine rev, vehicle speed, loading weight and even road gradient. This smart system also includes a sensor that will select the optimum gear automatically instead of assuming a first-gear selection.â

According to UD Trucks marketing director Rory Schultz, âthousands of Quester trucks have already been sold into the mining industry worldwideâ.

âQuester is sold on four continents and there are currently more than 15Â 000 Questers on the road. There is a solid growth demand for Quester.â

The New Quester range will be assembled from completely knocked-down (CKD) kits at its local plant in Rosslyn, Pretoria. Kuzer will initially be available as completely built-up (CBU) units but will be moved to local CKD assembly at a later stage. 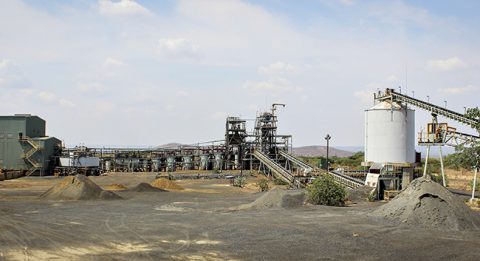