While it has reinvented itself as AECI Mining, the company remains focused on its important priorities and on retaining its reputation as a market leader.

With a history that spans nearly 125 years, AECI is one of South Africaâs most enduring and iconic industrial brands. Known today as AECI Mining, the company is the largest and most internationalised business in the AECI Group.

It comprises divisions that manufacture and distribute surfactants for explosives manufacture; commercial explosives, initiating systems and blasting solutions; and chemicals for ore beneficiation and tailings treatment.

The integration of these offerings under the AECI Mining banner is a reinvention of the company in respect of what it is, what it does and how it does it, says Mark Kathan, who has been AECIâs Group CFO since 2008 and recently took over the key role of AECI Miningâs managing director.

Working closely with his predecessors, Kathan has played a pivotal role in developing the integration strategy that brought together AECI Mining Explosives (AEL) and AECI Mining Chemicals (Experse and Senmin) as AECI Mining. He has also played a major part in formulating and executing the globalisation strategy that has resulted in significant expansion activity in Australia, Indonesia and South America over the past 13 years.

Kathan explains that there are priorities that AECI Mining focuses on to retain its market-leading reputation, outlining each of these in turn.

People are number one

âPeople are my main priority, particularly in terms of global mindset and skills. Therefore, my top priority is to make sure that our people are motivated for this approach.

âAt present, we are based mostly in South Africa, sitting around the table and talking about the world. But we donât have people from around the world at this table, creating a challenge in that lack of international input reinforces a fairly narrow perspective on reality,â he says.

âWe must bring the right skills on board and some of those will have to be global. In looking for the best skills, we must remember that we have a very strong heritage. There are extremely capable South Africans all over the world â theyâve led, theyâve expanded the brand and enhanced the industry as a whole.â

A few years ago, he adds, AECIâs main board came to the same conclusion regarding its composition and consciously sought to recruit non-executive directors from other countries â an approach that has proven successful. AECI Mining now needs to do the same, he says.

âAt the same time we must remember that diversity and transformation are equally important. For example, bringing women into the mining sector is both a legislative requirement locally and a global imperative.â

To enhance skills development and training, the latest technologies â like virtual reality â are being applied. Implementation enables consistency across the world, providing users with a uniform real-life experience that enhances their capabilities.

âAs an example, AECI Mining has partnered with North West University to provide six technical short learning courses that combine theory and practical exposure. The courses reinforce the requirement for efficient and safe blasting in mining and quarrying.â

He says the courses cover:

âAn immovable focus on safety at AECI Miningâs operations has morphed into an enduring culture where safety is viewed as a way of life. Testimony to this is the organisationâs consistent and continuous improvement in safety performance over the past decade, culminating in the best-ever total recordable incident rate of 0.16 in 2021. This is comparable with the worldâs best.

âTo keep improving, we have developed a safety, health, environment and quality (SHEQ) framework that maps the process of maturing safety processes and procedures from compliance to being proactive and ultimately to being resilient.

âAt the same time, AECI Mining invests heavily in research and development that enhances safety at sites, through the incorporation of smart technologies including biometrics, facial recognition and virtual reality.

âWeâre also members of SAFEX. Through this international learning organisation, members learn from each other as they share SHEQ information on any topic that can prevent unwanted explosives-related incidents.â

Better mining is one of the AECI Groupâs sustainability goals because the company recognises the importance of making mining safer and more circular. Sustainability, explains Kathan, has a two-fold influence on AECIâs way of thinking. Firstly, itâs about looking for ways to reduce its own impact on the environment, and secondly, it takes into account the impact of its products through their life cycle.

âWe are certainly on the path to Going Green, which is one of AECIâs core values. For example, weâll be harnessing green ammonia going forward as well as some of the technology relating to extractives, to help reduce water usage.

Perhaps the biggest challenge facing the organisation today is its supply chain, due mainly to the ongoing disruptions caused by COVID-19. This was apart from activating a business continuity plan that addressed anticipated risks and challenges well ahead of COVID-19 restrictions being imposed, on the movement of people and goods across many parts of the globe, he states.

This involved locking up future raw material supply with key suppliers and filling the supply pipeline. In addition, by applying near-shoring principles and looking to suppliers closer to the point of use,Â  shipping delays were avoided. This ensured that the supply chain was geared to manufacture and distribute products in line with customersâ changing needs during COVID-19.

AECI was able to keep all customers supplied during the worst of the pandemic. Furthermore, since the coal mining industry remains key to electricity supply in South Africa, AECI Mining was classified as a provider of âessential products and servicesâ and was thus able to keep operating, despite the local lockdowns.

âOther swift and strategic measures we took from the outset included even greater emphasis onÂ  safe behaviours at our operations and AECI as a whole set up a health and safety task team which met virtually on a daily basis for well over a year.

âMembers of the task team included the whole AECI Group executive committee, medical personnel and other subject specialists. The team developed and deployed related policies and guidelines and we tracked the health of all our employees globally on a daily basis.

âOn a positive note, we were able to continue paying employees their full salaries and keep our teams intact, without needing to retrench anyone. This bears further testimony to the commitment and resilience of AECIâs people. They have taken us to market-leading positions and will keep us there into the future,â says Kathan. 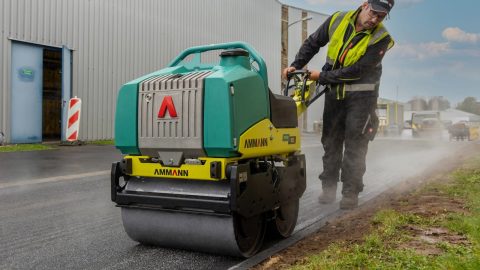