When starting out in DIY and woodworking projects it's important to understand the various joining techniques that can be used to join the different pieces of your project together.

By: Janice Anderssen of DIY Divas

Joinery is the process of joining pieces of wood or board together, and there are many different types of joints that can be used during the assembly process. Whether you are making a basic coffee table or building your own cabinets and cupboards, you should understand the basics of joinery.

With so many joining options to choose from, how do you know which joint method is right for your project? To make it a little easier for you, especially if you are new to DIY and woodworking, we have compiled a selection of the most common joinery methods and how and where you would incorporate these into a piece of furnitureÂ or project.

Starting with the most basic method of joinery, we begin with the humble butt joint. This joint is the most commonly used method for joining pieces together, especially when you are starting out with basic DIY and woodworking projects, but it is also one of the weakest joints.

A butt joint is achieved by overlapping one piece over the other â butting one end to another end. Pilot holes and screws are driven through the overlapping section into the piece that butts up at the back.

Butt joints should only be considered for projects where no stress will be placed on the article being made, or where additional reinforcing will be included.

A mitred butt or bevel joint is one where the two end pieces are cut at an angle and then joined together. These joints are popular for making decorative wooden boxes and projects that require a more decorative finishing detail.

If you want to add mitred joints to your projects you will need to invest in a compound mitre saw, adjustable table saw or router with appropriate router bits for cutting the angled edges.

There are many new methods for joining wood, some of these only recently introduced, while others have been around for a while, but the tools required to make these joints are too expensive for the average home DIY enthusiast. We look at some of the tools you can use for joinery that not only enhance the finish on projects, but also make them far easierÂ to assemble.

Modern joinery tools such as the biscuit joiner, pocket hole jig and domino joiner are fantastic tools that allow any beginner DIY enthusiast to make their own furniture with strong joints â without the need for complicated joints and the tools required. We discuss these types of joinery machines below. All these modern tools are available in South Africa.

While not a new tool, with the introduction of the affordable Tork Craft Biscuit on the South African market, beginner DIY enthusiasts have access to a tool that woodworkers and carpenters have been using for many years with great success.

For more advanced DIYers, cabinetmakers and carpenters, the biscuit joiner has been replaced by the domino joiner, which is a more advanced method of joinery. However, being more on the pricey side, domino joiners are unaffordable for most beginner DIYers.

Whether you use a biscuit joiner or a domino joiner, these two tools are similar in that they can be used to register or align boards with a fair amount of precision.

A biscuit joiner has a blade that cuts a half-moon-shaped slot that is adjustable in depth depending on the size of biscuit you will use. When the slot is cut in two adjoining pieces it allows a biscuit to be placed between the two, and with the addition of wood glue, the biscuit swells and locks the two pieces in position.

The biscuits used for joining wood come in three sizes, 0 being the smallest, 10 the medium size, and 20 the largest size biscuit. You simply decide on the right biscuit size depending on whatever project you are assembling, 0 being for decorative or nonstress bearing joints and 20 being for joints that need to be able to take a fair amount of stress.

When would you use a biscuit joiner?

You can use a biscuit joiner when working with timber or wood-veneered board products where you want to assemble your pieces with no visible screws. This is especially important as visible screws must either be covered with screw caps or disguised with wood filler, and neither option gives a professional finish.

A biscuit joiner is also a handy tool to invest in if you laminate or glue a lot of planks together on a regular basis, such as when making tabletops (as was used to create the dining table we featured in a previous issue).

A lap or half-lap joint is one where a rebate is cut out of both sections so that the pieces overlap. This type of joinery is considered a reasonably strong joint as the use of wood glue helps strengthen the join.

On both pieces to be joined, stock is removed equally on both sections to ensure that the joints fit together neatly.

The cross-lap joint is one where a section of wood is laid over the top of another and joined together. As with a butt joint, the lap joint is not considered a strong joint, but it is a joint that is often used when two pieces need to be overlapped or cross each other.

A dado is a slot that is cross-cut (cut across the grain) in a piece of wood or board that lets you slot a piece in place. This type of joint is very common and is used when you want to add shelves to your project, such as when making a bookcase. Using a dado allows you to assemble pieces using wood glue rather than screws.

Dovetail joints are very strong joints that are commonly used to join drawers together for a decorative and craftsman finish. Popular among woodworkers and carpenters, dovetail joints are not an easy joint for a beginner, unless you have the right tools and jigs.

For almost invisible joinery, Kreg offers a selection of pre-cut wood plugs that can be used to disguise pocket holes, as well as a Kreg Plug Cutter that lets you make your own plugs using the same material as that used for your projects.

Pocket hole joinery is a technique whereby angled holes are drilled into a board to join it to another board using a method that is considered one of the easiest and fastest methods of creating strong joints. This method has been around since the 1980s. The designer of the first pocket hole jig was Craig Sommerfield, who wanted to create a joinery system that was easier and stronger than other time-consuming methods. The development and design of Craigâs jig eventually became the Kreg jig, a name that is now associated with pocket hole joinery.

Using the Kreg jig method allows the user to drill a single or series of pocket holes as a method of joining pieces together. The precise angle of drilling at 15Â° in the edge or face of a board creates a neat, strong joint.

When would you use a pocket hole jig?

Versatile and easy to use, you can use pocket hole joinery for a wide range of applications, but particularly for awkward or difficult joints such as angles, curves and bevelled corners, and for when you want to create joints where no screw or fastenings are visible on the front, face or outer sides of a project. You will find a selection of easy DIY projects using a Kreg pocket hole jig on www.Home-Dzine.co.za in the Beginners DIY section. 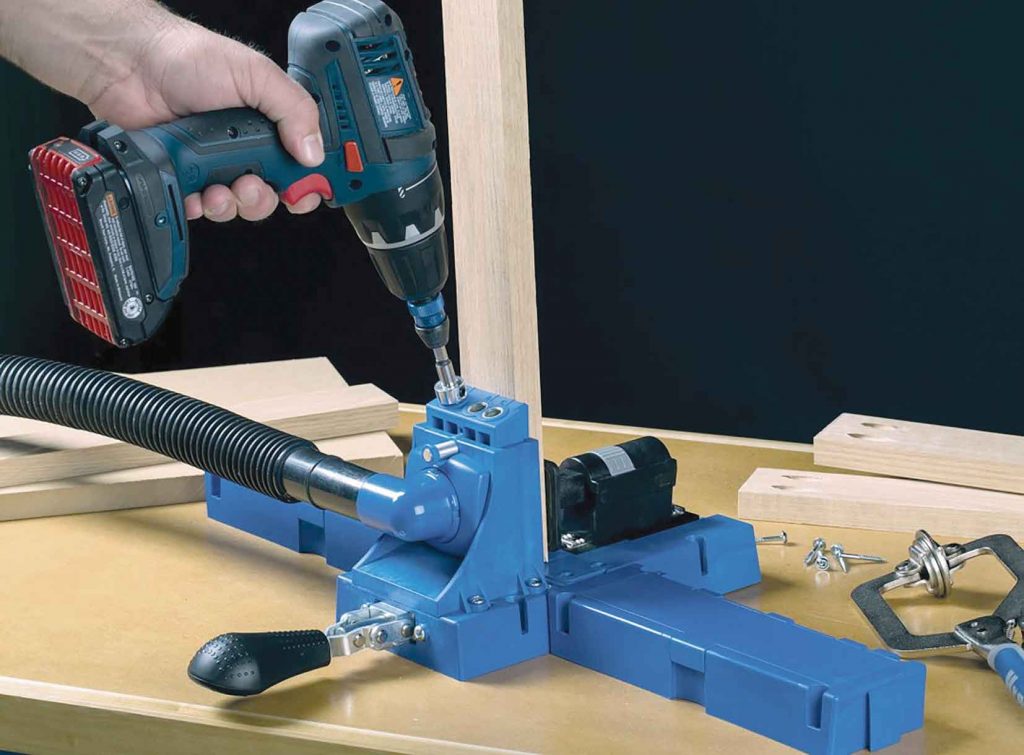 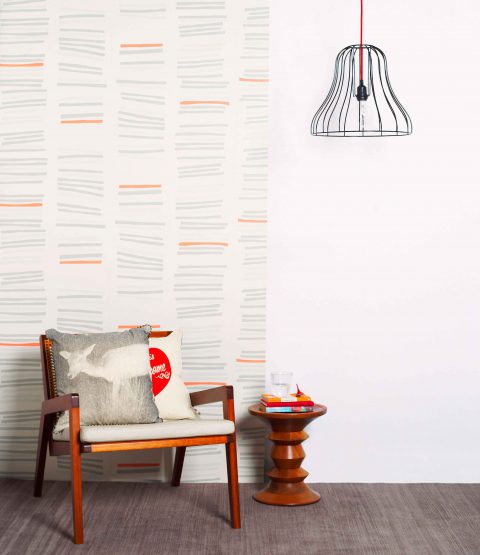 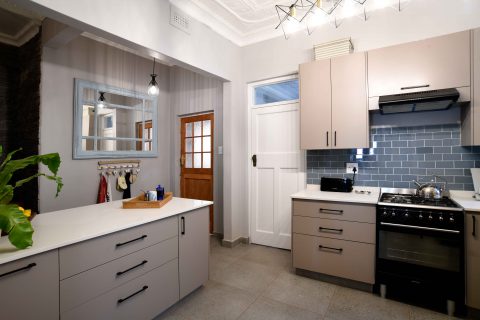 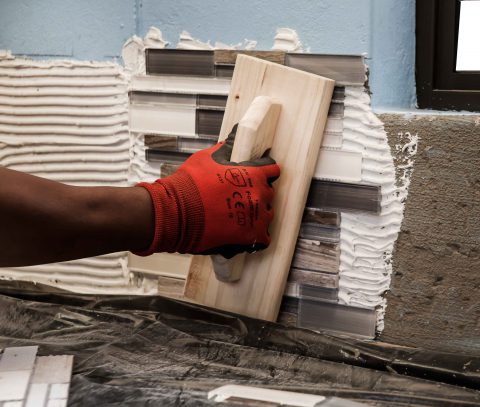 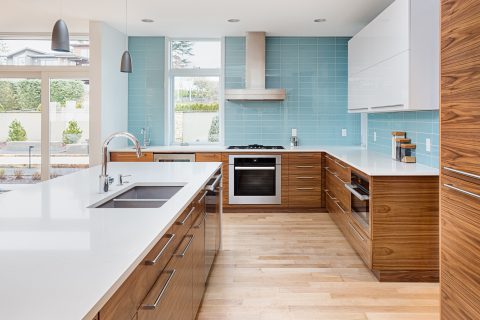 How To Cut Glass Tiles Without A Wet Saw

How To Cut Glass Tiles Without A Wet Saw
Next Article >