Duma Gqubule reflects on the slow pace of transformation within corporate South Africa.

The ANCâs 1994 election manifesto was based on a policy that promised socioeconomic upliftment for previously disadvantaged black people. This policy, known as the Reconstruction and Development Programme (RDP), talked about meeting basic needs, developing human resources, building the economy, democratising state and society and the redistribution of land, among other things.

After the 1994 election, the programme was approved and adopted by the Government of National Unity. A special ministry, headed up by Jay Naidoo, was established to implement the initiatives. Within a year, free medical care was being provided to infants and their mothers, and primary school children in poor communities were receiving free meals. But two years later, the RDP policy gave way to the Growth, Employment and Redistribution programme.

It took more than 13 years for the government to complete the development of a legal and policy framework that was contained in the Black Economic Empowerment (BEE) Act of 2003 and the BEE Codes of 2007.

Although there have been some achievements, the implementation of BEE within the private sector has always been fettered with issues, according to Black Management Forum’s (BMF) president, Andile Nomlala who adds that the moral authority of the ANC and the government has diminished in recent years. âThe ANC agenda has shifted from transformation to corruption. It has become difficult for government to point fingers at companies for not transforming,âhe says.

The private sector led the process of transforming ownership structures in the economy in the absence of a government policy and legislative framework.

In August 1993, Sanlam announced the sale of a 10 per cent stake in Metropolitan Life to Methold, a black consortium that was led by black businessman Ntatho Motlana. Over the next 16 years until 2009, there were more than R600-billion BEE transactions on theJSE, according to Ernst & Youngâs annual reviews of SA corporate mergers and acquisitions at that time.

During the first wave of BEE transactions, from April 1996 to April 2003, the Johannesburg Stock Exchange (JSE) reports that its All-Share Index rose by 18 per cent. Large transactions included the sale of shares by Anglo American to black shareholders at Johnnic, an industrial group, and JCI, a mining company. Both transactions were a disaster. Â The most successful BEE transaction was the sale of apartheid era mining company Anglovaal Mining to African Rainbow Minerals (ARM), led by Patrice Motsepe, in 2003.

However, the economic environment, an average real interest rate of 11 per cent and an economic growth rate of 3 per cent, did not allow for the transfer of value to black shareholders.

There were more successes during the second wave of BEE transactions, which created, by far, most of the value that has been transferred to black shareholders since 1994.

But BEE transactions came to a halt after the start of the global financial crisis. The uncertainty around government policy on the âonce-empowered, always empowered principleâ in the mining and finance sectors was a major contributor towards the liquidity freeze in BEE financing.

According to this principle, established companies do not have to restore previous levels of black ownership after the exit of black shareholders. The government eventually caved in to the two sectors and gazetted two charters in 2017 and 2018Â  that allowed the principle to apply. At the end of 2017, mining and finance companies accounted for 51 per cent of the value of SA assets within the top 100 JSE companies.

They also accounted for 58 per cent of total black ownership within the JSE top 100 companies. Since transformation requires liquidity, the application of the âonce empowered, always empoweredâ principle in the mining and finance sector has shut the door on future BEE transactions within most of the top 100 JSE companies.

The credibility of the governmentâs empowerment rules, including the BEE codes, will be questioned. People will start to ask why the banks, insurers and mines should have a different set of rules to what applies in the rest of the economy.

Another court ruling, similar to the one that ruled in favour of the Minerals Council on the charter, could bring to a premature end more than two decades of BEE transactions in the whole economy, long before the country has achieved meaningful transformation of apartheid ownership structures.

After 25 years of democracy there is still not a single black-owned company within the top 100 JSE-listed companies.

According to research conducted by the Centre for Economic Development and Transformation, there was gross black ownership of R400-billion within the top 100 JSE companies at the end of December 2017. This was equivalent to 2.8 per cent of the market capitalisation of these companies. But BEE only applies to the SA assets of JSE-listed companies. TheseÂ  assets accounted for a third (R4.9-trillion) of the market capitalisation (R14.5-trillion) of the top 100 companies.

Therefore, black ownership was equivalent to 8.3 per cent of the value of SAâs assets.

After taking into account the debts that were incurred to purchase these shares, the net value of black ownership was about four per cent of the value of SAâs assets.

Lalu adds that the way of measuring BEE needs to change. He points to Sasolâs 2008 BEE transaction, which was worth R28-billion, effectively the largest ever BEE transaction, but it failed to create value for black shareholders. âHowever, Sasol maintained its licence to trade for 10 years. It used black identities, which benefitted the business. But none of these beneficiaries benefitted from the transaction.â

While he acknowledges that many companies are still refusing to subscribe to genuine empowerment, Lalu says there is still some uncertainty in the market due to the BEE Commissionâs heavy-handed crackdown on broad-based BEE schemes. âThe way forward is that we must aggressively promote black-owned and black women-owned companies. Established companies do not want to give up control. We need a bottom-up approach to support black-owned companies by providing them with capital and access to procurement opportunities within the public sector and large company value chains,â says Lalu.Â  Also, the lesson from the second wave of BEE transactions is that meaningful transformation of ownership can only take place within an economy that has a much higher rate of economic growth and a significantly lower cost of capital. 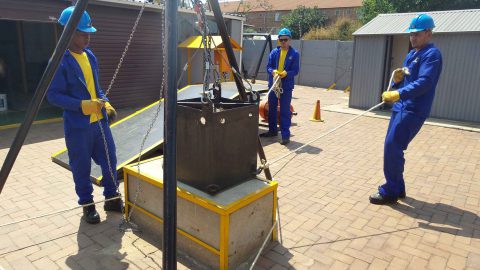