Skills And The Fourth Industrial Revolution

What skills should we be teaching South African students so that they can reap the benefits of the 4IR? Adam Oxford reports.

The spirit of the fourth industrial revolution (4IR) is strong in South Africa. President Cyril Ramaphosa never misses an opportunity to underline how important it is that the country takes a leadership role in the digital era. He has spoken at both his state of the nation address and his recent inauguration address about the innovation, empowerment and jobs that the 4IR can bring.

And itâs not all words: shortly before the May election, Ramaphosa appointed 30 people from a wide range of backgrounds to a Presidential Commission on the Fourth Industrial Revolution, whose first act has been to convene a Digital Economy Summit, scheduled for the end of June. Beyond the commission, local corporates and big universities have also formed the Fourth Industrial Partnership for South Africa (4IRSA), a collaboration that â at least in part â aims to ensure universities are producing the graduates business needs to succeed in fields of emerging technology.

Itâs all very exciting, but what does it mean?

Definitions of the 4IR vary, but the underlying principles are the same. Ubiquitous data, infinite connectivity and computing power along with emerging manufacturing and monitoring technologies are changing the way we live and work.

One of the pillars of the 4IR is the internet of things (IoT), a catch-all term to refer to networked devices from sensors that monitor production lines to mobile phones and cars. More specifically, itâs used to refer to devices that enable digital data capture from traditionally analogue processes, which can be analysed â possibly using machine learning and artificial intelligence (AI) â to improve efficiency.

Roger Hislop is the executive head for IoT at Internet Solutions and chair of the newly formed IOT Industry Council of South Africa. The council was formed to stimulate adoption of IoT technology and help proliferate best practices and standards locally. Skills and knowledge sharing are key to its work.

âEveryone loves IoT, but adoption has been slower than people expected,â Hislop says. âAnalysts predicted tens of millions of devices in use by 2020, but thatâs not going to happen at the current pace.â

Hislop welcomes the dialogue that the presidential commission is facilitating between academia and the private sector, which currently âdonât work together as well as they couldâ.

There are specific skills shortages that need to be addressed for IoT to flourish, he says.

âThe one part that has been served is the software stack.â Big companies such as Microsoft, Amazon and Google have been working to proliferate software skills, Hislop says, and thereâs a broad understanding of whatâs needed from the IT side to make IoT work.

Whatâs missing is training in electrical engineering for building the specific end devices that will power the revolution.

âThe complicated parts are the measurement systems, thatâs where physics meets the real world,â he says. âYou need to be able to identify the difference between a temperature probe, which is suitable for a freezer environment, but not a fridge, for example. The danger is that a digital system is set up, but the data is nonsense because a sensor wasnât suited to its environment.â

Companies often underestimate the difficulty of implementing IoT solutions because this in-depth knowledge is missing, he says.

The revolution will be decentralisedÂ

So, if we accept that todayâs learners will need new skills to forge careers in the 4IR, what will they be? Should they be learning to operate 3D printers, or learning to code?

Yes, says Mia van Zyl, manager of the Makerspace at Tshimologong Precinct in Braamfontein, Johannesburg. The Makerspace is a part of a large co-working facility where entrepreneurs and inventors can access 3D printers, laser-cutting machines and other equipment. Most of all, the Makerspace is a place to be creative, experiment and learn some of the technology that underpins the 4IR. There are many similar spaces all over South Africa.

Technical skills, however, are not the most important thing to learn.

âTechnical skills without the mindset shift of cultivating, using and applying critical and creative thinking and problem-solving is not enough,â Van Zyl says. âWithout the latter, the former doesnât help us move anywhere out of the âsit back and expect answers and solutionsâ consumer mindset we currently struggle with.â

Van Zyl says that a key test for the presidential commission will be how it engages with those already living and driving the 4IR. Whatâs needed is genuine collaboration between government, private sector, academia and creators, but that is the antithesis of a top-down approach to driving innovation.

âIf the commission and summit is a lip-service, see-and-be-seen exercise without substance, or yet another initiative where the top players benefit, but no tangible benefit reaches the change-makers on the ground, this does not help makers in South Africa to effect positive social innovation change locally and globally,â she says.

Jon Foster-Pedley, dean of Henley Business School Africa, echoes Van Zylâs arguments. To truly succeed in the 4IR, he says, we need to be teaching more than the maths and science skills needed for mastering its specifics. We need to teach new ways of thinking.

âCoding is important, but how long before the machines can code themselves?â asks Foster-Pedley. âWill coding require innovation and human intervention in the future?â

The point about the 4IR is that by accelerating the pace of innovation it creates uncertainty. The kinds of jobs available are changing and will continue to change. Focusing on technical skills is to miss the point, Foster-Pedley continues, and the opportunities that emerging technologies provide. âWe have to teach people how to understand complexity and the difference between simplicity and complexity. An aeroplane is complex, but the principles that underpin it are simple. Complexity is something like a human relationship and the dynamic of a marriage,â he says.

âThe 4IR will be a world of complexity and the critical skills for success will be the ability to interpret data, think logically and systemically, and make creative connections for problem-solving,â explains Foster-Pedley. Rather than an intricate knowledge of the tools, a broad knowledge of what tools are available is required.

âItâs odd to me that we are still educating specifically about domains, concepts and schools, rather than teaching people to perceive and make sense,â he says.

None of this is new, he points out, and these are exactly the kinds of skills that are currently used to
teach entrepreneurship by business gurus such as Saras Sarasvathy.

âThere are frameworks for dealing with uncertainty and ambiguity,â Foster-Pedley claims, âBut we have to get away from siloed, sequential, production-line thinking about education.â 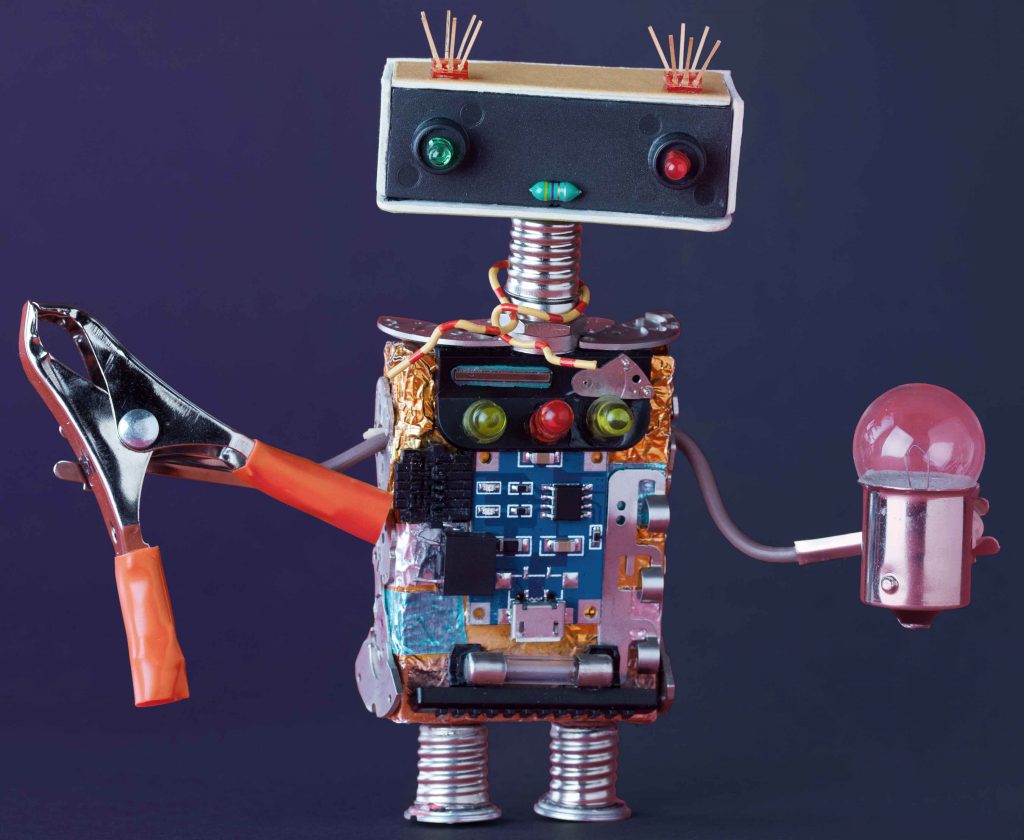