How is Â COVID-19 influencing the demand for battery metals?

Post-pandemic, the battery metals demand has gained momentum. This has been led by Europeâs recently announced green recovery plan. Introducing a â¬20-billion two-year purchasing facility for electric vehicles, as well as doubling purchasing incentives announced by Germany, France and other European countries, is shaping Europe as the fastest growing electric vehicle market for the next two years.

What impact has the pandemic had on the Arcadia project?

The business has only been impacted by our internationalÂ travel to site as well as to see current and potential customers, so there has only been a small impact. This would be in line with miners globally as commodity prices have maintained and in some cases strengthened since the pandemic.Â We have actually made progress since the pandemic by signing a memorandum of understanding with leading industrial mineral company Sibelco and more recently have appointed Renaissance Capital as our mergers and acquisitions adviser to assist with Uranium One discussions.

What is Prospect Resourcesâ strategy regarding project development?

Prospect has focused on project development for the past 18 months. Within this time frame Prospect has partnered with strong financial partners across debt, equity and off-take, most of which are tier one counterparties. We see the partnering plan as the most attractive for shareholders and significantly derisks the project. This is why we are in dealings with Uranium One, Sibelco and one of Africaâs largest development banks, Afreximbank, of which Russia is a member state.

The company recently increased its reserve base on its Arcadia project â what does this mean as a milestone for Prospect Resources?

The increase in the ore reserve is a milestone for the company on a number of fronts. The first is that it extended our life of mine out to 15.5 years from 12, extending the viability of the project as a long-term and prosperous operation. The ore reserve is a function of Prospectâs work on developing its products market, with Arcadiaâs ultra-low iron petalite product placed as a premium product among glass and ceramics customers.

Prospect Resources has signed an off-take agreement with Sibelco â what is the importance of this agreement?

In April 2020, Prospect signed a memorandum of understanding with Sibelco, agreeing to exclusively negotiate an agreement for Arcadiaâs ultra-low iron petalite product. Sibelco is the largest distributor of petalite into Europe, if not the world. Their expressed interest in our petalite product validates Arcadiaâs global relevance as a strategy producer for the glass and ceramic market.

On 17th August, Prospect announced that it had signed an agreement with Sibelco for seven years and up to 700 000 tonnes of ultra-low iron petalite product. The pricing formula for the agreement is linked to the end customer sales contracts with minimum pricing provisions. 100% of the companyâs 2019 DFS petalite production for the first seven years is now covered by off-take agreements.

This is the largest known off-take agreement for petalite ever signed and further progresses prospect to complete funding and commence commercial production.

Prospect recently announced that it had completed some testwork that saw sufficient lifts in recovery of petalite. What does this mean for Arcadia?

Following the release of the Arcadia Definitive Feasibility Study (DFS) in November 2019, Prospect has focused on improving petalite recovery to meet demand from premium glass ceramic consumers. The December 2019 DFS estimated a project net present value 10 of $710-million, using petalite recovery of 31%. The locked cycle flotation testwork indicates significant potential to increase petalite recovery from 31% to >60%, across all Arcadia Project ore bodies contained within the reserve.

The petalite flotation testwork delivered a product specification that is superior to that achieved from dense media separation. Individual flotation tests were able to achieve a higher lithia content of 4.5% Li2O while also containing a lower iron oxide or Fe2O3 level of 0.02%, which opens Arcadiaâs petalite up to new markets such as the clear glass market.

What are some of the key attractions of the Arcadia Lithium Project?

Long term, the key differentiating factors of the Arcadia Lithium Project are low operating cost, premium quality products and experienced management team, formulating a recipe for a successful project and mining operation. In the near term, Prospect is the most advanced lithium project in Africa and is finalising numerous discussions that would progress project finance and off-take.

In terms of the lithium market for electric vehicles, over the past two years there have been significant changes in terms of market size with additional supply coming online to keep up with high demand. The market has found âbalanceâ based on current supply and demand but overlooks the rapidly rising demand for the next five years. Considering that the average lithium mine takes 24 months from securing finance to reaching commercial production and with demand expected to only increase over the next two years, it is likely that the current market âbalanceâ will move into a shortage within the coming 12 to 24 months. While the battery sector demand for lithium is currently in balance, the demand for technical grade lithium concentrates, such as Arcadiaâs petalite, is in short supply, positioning Prospect to take advantage of this market in the immediate term. 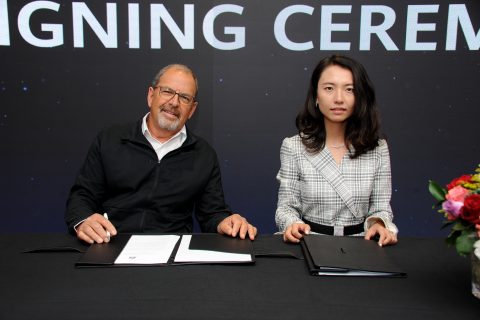 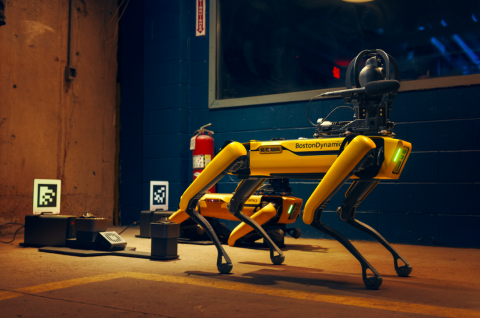