Global And Local Energy TrendsÂ With A Focus On Hydrogen

The movement to combat global warming and climate change has resulted in an increasing number of countries committing to reduced carbon and greenhouse gas emissions over the coming decades.

These commitments generally focus on reaching the ambitious target of zero carbon emissions by around mid-century with six countries â Sweden, United Kingdom, France, Denmark, New Zealand and Hungary â having already incorporated net zero carbon targets into law. And many more, including South Africa, have similar targets in proposed policy documents or under discussion for adoption. At the same time the global demand for energy is increasing.

In order to reduce greenhouse gas emissions on the scale required to meet these global ambitions, the world will need to convert its energy generation away from fossil fuel-based sources of energy and into renewable energy sources including solar, wind and hydro. However, there are a number of barriers that have prevented the large-scale adoption and application of renewable energy.

The first of these has been the variability of supply of energy generated from renewable sources. Solar panels need sunlight to generate electricity and wind turbines need the wind and, in both cases, when the right environmental factors are not present, no electricity can be produced.

One way to overcome this problem would be to identify an efficient method to store the energy produced during favourable times for use when environmental factors are unfavourable for renewable generation.

The second problem with broad-scale adoption of renewable energy is that for industrial applications such as in cement, metals, chemical manufacturing and others, a far higher energy intensity is required than can be provided directly from renewable energy.

Again, this barrier could be overcome if the energy created through renewable sources could be converted into a more energy-dense form that can be used to power industrial applications.

The final major barrier to broader adoption is that the cost of producing renewable energy has tended to be higher than that of fossil fuel-based sources, especially when considering the total costs involved, including energy storage and backup infrastructure.

It is generally understood that as the investment into and production of renewable energy increase, so the cost per unit will be reduced to compete with and ultimately become more affordable than fossil fuel-based sources of energy on a total cost basis.

Hydrogen the enabler to broad-based adoption

Hydrogen is the most abundant molecule in the universe. It is also very energy-dense, meaning that it has a higher energy content per unit of mass than any other source of fuel. This makes hydrogen an excellent flexible and transportable store of energy or energy carrier.

The potential uses of hydrogen include the generation of heat both for home applications such as heating and cooking, and for industrial applications like smelters, mobility solutions including uses in trains, ships and heavy-duty and long-distance vehicles, and as a chemical feedstock.

Currently the main applications for hydrogen include the production of ammonia used to produce fertilisers, methanol used in a number of industrial applications and for refining crude oil.

Hydrogen can be consumed in two basic ways â either in fuel cells, where hydrogen combines with oxygen across a membrane producing electricity, heat and steam, or alternatively through direct combustion. Whereas fossil fuel-based sources of energy contain carbon molecules, hydrogen contains no carbon molecules and therefore when combusted does not release any carbon molecules into the atmosphere. The only by-product of using hydrogen as a fuel is water vapour.

However, hydrogen is not found naturally on Earth and must be extracted from other substances that contain it, using energy in the process. To determine whether hydrogen is a zero- or low-emission fuel depends on how the hydrogen-extracting energy is derived.

Hydrogen can be produced using three basic processes: electrolysis, gasification and steam methane reforming. Electrolysis is a process that splits water into its component hydrogen and oxygen molecules using electricity.

If that electricity is generated by renewable sources, the resulting hydrogen is known as clean, renewable or green hydrogen. Gasification involves combining coal and steam in a thermochemical reaction to extract hydrogen. Carbon monoxide and carbon dioxide as well as other substances are however also produced in the process.

Steam methane reforming is the process whereby natural gas (methane) is mixed with steam in a reformer to produce hydrogen, carbon dioxide and methane. If hydrogen is produced using gasification or steam methane reforming and the by-products of those processes are released into the atmosphere, the hydrogen is known as grey hydrogen. If the carbon produced in these processes is extracted and permanently stored, clean or blue carbon-capture and storage hydrogen is produced.

Currently the majority of hydrogen is grey and produced using the steam methane reforming and gasification processes, but the need for sustainable alternatives and green hydrogen is driving the growth of hydrogen extraction through electrolysis using renewable energy.

The global demand for hydrogen was estimated to be valued at around $177-billion in 2020 according to research firm Frost and Sullivan, and is expected to grow at a compound annual growth rate of over 5% per year from 2021 to 2030. In volume terms the total demand for hydrogen, currently just over 70 million tonnes, is estimated to grow to around 220 million tonnes by 2050 at current average growth rates.

The clean or green hydrogen market is currently valued at around $1bn and accounts for less than one million tonnes, but will be the area with the greatest demand in future as economies around the world look to decarbonise in line with their emissions targets.

The green hydrogen market could become a key growth and innovation area for the South African economy not only for its domestic applications for hydrogen but also as an important export commodity of the future. South Africa is endowed with high levels of solar radiation as well as areas with good wind resources, allowing large potential expansions in renewable energy investment, some of which could be used in the production of hydrogen.

And, with the growing demand for a clean fuel source from those economies committed to a decarbonised future and the ability to provide a clean environment and sustainable future to its citizens in the process, South Africa should embrace this opportunity and invest in an industry of the future. 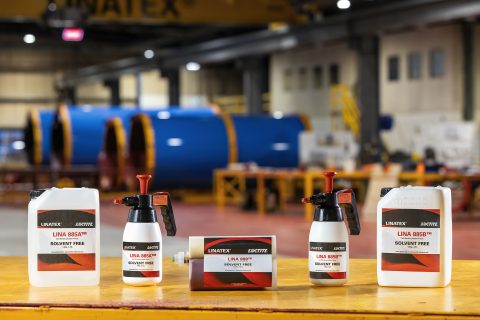