The recently launched South African stock exchange A2X Markets, which is offering the Johannesburg Stock Exchangeâs listed entities an opportunity of a secondary listing, aspires to sign up between 15 and 20 new companies by mid-2018, CEO Kevin Brady reveals in an exclusive interview with SA Mining.
By: Nelendhre Moodley

ZAR X, a new stock exchange, paved the way for others such as 4 Africa Exchange (4AX), A2X and most recently Equity Express Securities Exchange to offer alternative trading platforms.

Brady says A2X is targeting the top 100 companies listed on the Johannesburg Stock Exchange (JSE) to secondary-list on A2X. The goal is to capture around 20% of total market activity within a three- to five-year time frame.

Interestingly, A2X is modelled on Chi-X Europe (now BATS Europe), the first competitor to the London Stock Exchange back in 2007. Its success was due to its offering of a low-latency, low-cost alternative platform for trading in pan-European shares.

âWe have noted that globally the first in-country competitor to the primary stock exchange can acquire up to 20 to 30% of total market activity within a two- to five-year period. In South Africa, 20% would translate to around R4bn a day and given the significant cost reduction associated with trading on the A2X, member brokers will realise huge cost savings. In addition, lower costs have also been shown to help grow liquidity in the overall market.â

ARC is A2Xâs empowerment partner and has a 20% stockholding and an option to increase it to 25%. âWe are in discussion with another company with the hope of increasing the BEE shareholding by another 10%. A2X has a well-diversified board and staff complement.â

Most recently, A2X opened its doors to open-pit mining company Afrimat, which Brady describes as an early adaptor and a great fit for A2X.

According to Brady, A2X competes directly with the JSE, Africaâs oldest and largest stock exchange. A2X does this by using the latest exchange technology, supplied by Aquis Exchange in the UK, which is fast, resilient and agile while at the same time offering a large reduction in the cost of executing a trade.

âWe can guarantee cost-related savings in excess of 40% if one chooses to transact on the A2X platform,â explains Brady. However, it must be noted that for the time being only companies with an existing listing on the JSE will be able to secondary-list on the A2X.

The JSE, ranked the 19th-largest stock exchange in the world by market capitalisation and the largest exchange in Africa, was formed in 1887 during the first South African gold rush, and has had the monopoly for many decades.

Given the JSEâs long-standing and solid industry reputation, says Brady, the key concern prior to launching A2X â apart from whether industry would support the introduction of competition â were:

The A2X exchange has partly styled itself on the European Multilateral Trading Facility model and is partnered with Aquis Exchange (Aquis) from which it is licensing its exchange, surveillance and clearing technology. Aquis was founded by Alasdair Haynes, Chi-Xâs former CEO.

Brady explains that a healthy and competitive capital markets environment is good for all participants, as it reduces direct costs and boosts liquidity.

âA more competitive industry results in improved efficiencies, innovation and overall better growth. This is important for South Africa, as it is currently regarded by many global traders as a high-cost destination in which to do business,â he concludes. 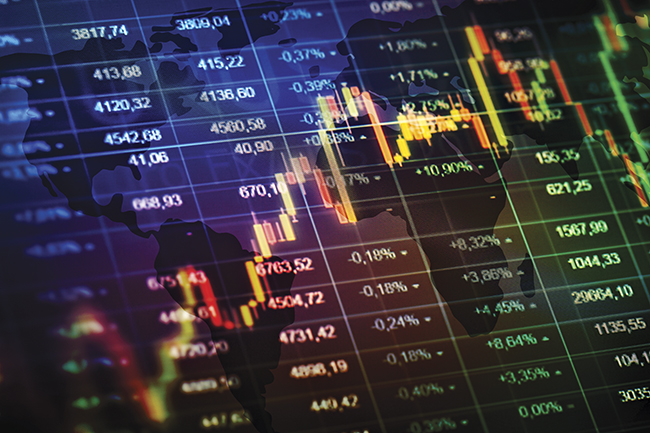