âIn an accounting sense thereâs nothing like a clean audit,â says SALGA Chairperson of the Municipal Finance Working Group, Subesh Pillay. âA clean audit is really a government concept that begins to introduce elements of good governance in the way municipalities conduct their business. Often the debate gets drowned out by headlines declaring that only 17% of municipalities are getting clean audits without proper depths of interrogation of what it means and the kind of services that municipalities are actually expected to provide.â

Pillay stresses that while sound corporate governance and professionalisation of the sector is an absolute imperative, there needs to be a deeper understanding of the municipal environment when analysing Municipal Audit Outcomes. The past ten years have seen massive reorganisation of municipal boundaries, which resulted in institutional changes to municipalities and consequently the need to integrate accounting and other management systems. There has also been a significant change to municipal accounting standards, particularly with regard to asset management, that has placed a substantial burden on municipalities to introduce costly IT systems to ensure full compliance. The provision for auditing predetermined objectives only came into being in the past two financial years. Important here is how evidence is determined and how municipalities substantiate their performance against the actual target. Of the 338 municipalities/municipal entities audited, 299 have been qualified on matters that relate to predetermined outcomes, says Pillay.

For example, a municipality may not have succeeded in reaching a target of 12km of tarred road and gets a qualified audit on the basis of predetermined objectives, whether it delivered 11.9km or 1km. âAn unqualified audit, as opposed to a clean audit, is a major achievement given the scope of the audit,â agrees Dr Michele Gratz, Municipal Manager, Mossel Bay Mu- nicipality. âMunicipalities with unqualified audits do not get the credit they deserve. In the public eye they are lumped together with municipalities that receive qualified or worse audits while the most important aspect, namely that their financial affairs are in order, is not recognised sufficiently.â

Soyisile Mokweni, Municipal Manager at Langeberg Municipality adds that the concept of a âclean audit is relatively new in South Africa and only applies to Local Government. People incorrectly equate a clean audit with a clean and corruption-free administration.â

Joggie Scholtz, Municipal Manager at Swartland Municipality, also states that clean audits are over-emphasised. âThe difference between a clean audit and an unqualified audit is very small, especially if the 120 pieces of legislation that we have to comply with are taken into consideration.â

For Mokweni the legislation that regulates municipalities in South Africa is a compliance burden. Duplication and different monitoring levels take up valuable time that could have been used for service delivery.

Mokopane Letsoalo from Waterberg District Municipality adds that there are so many compliance issues that are being introduced, that it becomes very difficult to comply in all aspects and furthermore, District Municipalities have their own unique issues. He also pointed out that the AG sometimes uses interns who have not yet accumulated the necessary experience to understand the context of local government.

âThere is, however, no justification for poor financial management,â Pillay points out. âMunicipalities need to have systems and processes in place that will raise flags before thereâs a crisis.â

THE ROAD TO FINANCIAL COMPETENCE

âNapoleon said [that] there are no bad battalions, only bad officers,â says Scholtz. âIâm saying there are no bad municipalities, only bad councillors and officials. Napoleon also said the general is the army. At local level there are two generals, the Municipal Manager and the Mayor. If a municipal manager does not get an unqualified audit within three years of appointment, he must resign and, of course, the mayor as well.â For Scholtz there is no quick fix to getting a clean audit. The starting point is a comprehensive performance management system. âOne of my performance indicators is to get a clean audit, bearing in mind that Swartland does not pay any performance bonuses. The management team is already paid market- related salaries to perform. The performance contracts are also extended to include 17 divisional heads, as well as all councilors.â

Also for Adv Hugh Mbatha, Municipal Manager of Ehlanzeni District Municipality, their success is due to leadership, good governance and financial and performance management. âWe ensure that all employees and not just management know what effect their role and activities have on the audit outcome.â

Mbathaâs advice to other municipalities is that all management posts must be filled by qualified and competent personnel. Councillors should be capacitated through on-going training and development to enable them to perform an effective oversight role.

Prudence Magutle, Communications Manager at the Steve Tshwete Municipality, also stresses the importance of appointing qualified personnel as well as the non-politicisation of administration. âMunicipalities should start working towards a clean audit at the beginning of each year, for example, July,â explained PN Njoko, at Umtshezi clean audit a collective effort of every politician and official in a municipal environment.â

For Henry Prins, Municipal Manager, West Coast District Municipality, the road to financial competence is grounded in three principles: effective leadership, qualified and competent staff and partnerships with stakeholders. âPolitical leadership at WCDM understands and is committed to their oversight role, emphasising ethical behaviour, while the administrative leadership is allowed to manage the organisation. WCDM does not compromise on qualifications, competence and professionalism of staff and the same applies to the audit committee. Continuous investment in IT resources and support to the audit committee improve the value add and oversight of the committee. Timeous and reliable information is produced to strengthen oversight. Partnerships with the Auditor- General, Provincial Treasury, service providers and other municipalities are important to share experiences and extract the learning from these.â According to Trevor Botha, Municipal Manager George Municipality, political as well as administrative buy- in along with political stability in the municipality go a long way in creating an enabling environment for the administration to function properly and comply with all legislative requirements. At George Municipality we have methods in place to ensure that when the Auditor General sends an audit team, we have everything ready. We have our own audit team and monthly audit meetings where we discuss everything from functioning of the budget to budget reporting. So at the end of the twelve months, thereâs not so much running around.â

IS THE FOCUS ON CLEAN AUDITS TO THE DETRIMENT OF SERVICE DELIVERY?

Gratz believes that achieving clean audits takes up a lot of time, which could perhaps have been better spent on service delivery. âThe emphasis on compliance as well as performance management is over-emphasised. However, one understands the need for municipalities to be audited thoroughly.â

However, Mbatha doesnât think the focus on clean audits to be to the detriment of service delivery. âThere is a strong correlation between sound financial management and effective service delivery. Clean administration assists in service delivery as proper procurement and payment processes will be in place. The spin-off of a clean audit is that the community will have confidence in the municipality and thus revenue collection will improve.â

For Scholtz, the cost of a municipal audit is too high. âThere is much focus on risk areas like SCM, HR, IT, predetermined objectives and legal compliance. What I cannot understand is the strictness on âlegal complianceâ and the fact that the so- called âunfunded mandatesâ â functions we deliver on behalf of another sphere of government â are not audited at all.â

One area that has improved in the 2011/12 results is that municipalities are submitting their financial statements in time. The number of municipalities that have not submitted altogether has decreased in the year under review, but it still remains a problem. Pillay stated that where youâve seen improvement youâve also seen strong political and administrative leadership. In some instances improvement was the result of interventions. And when the intervention is withdrawn or thereâs a new mayor or new municipal manager the situation goes back to what it was. Stabilisation of the municipal environment in a broader sense will also help us to stabilise the outcomes.â 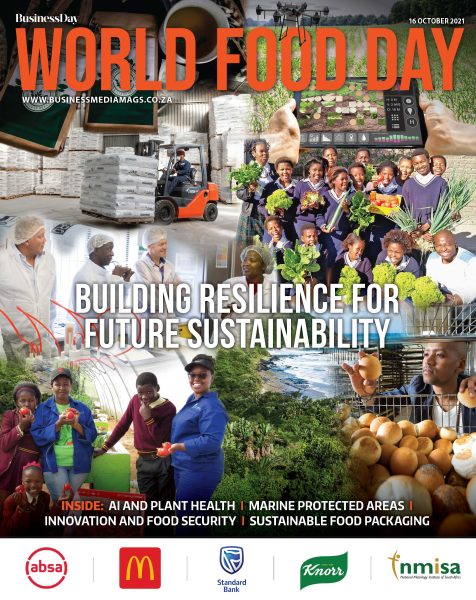 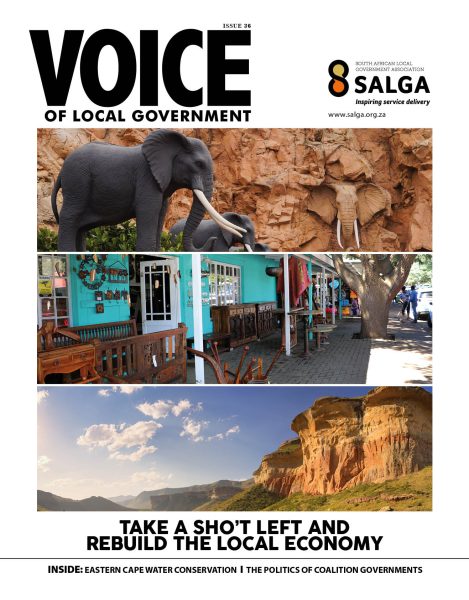 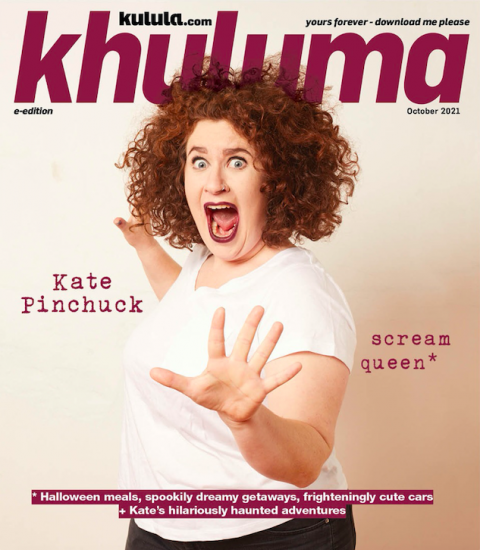 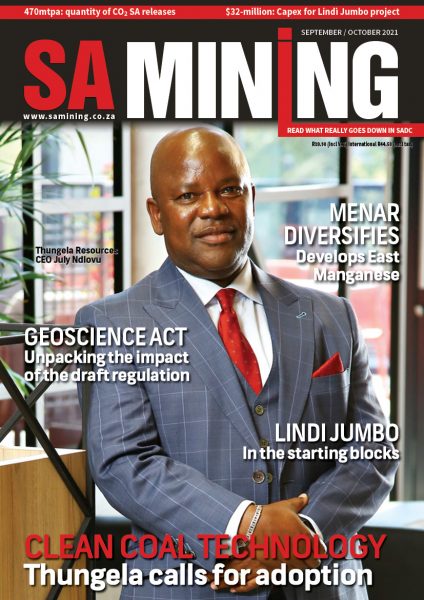