Down On The Smartfarm - Business Media MAGS

Down On The Smartfarm

A new wave of âagritechâ is helping farmers to improve yields and cope with the effects of climate change. But more needs to be done, says Carolyn de Kock.

African farming is undergoing a period of renewed growth, but farmers on the continent still produce less than the world average. Publicly available crop data shows that yields for cereal farmers in South Africa are below half that of the UK.

However, a new wave of so-called âagritechâ could change our prospects. Agritech is an umbrella term which brings together the latest innovations from the tech industry, such as mobile devices, big data cloud processing and low-cost Internet of Things (IoT) sensors, as well as the fast-pasted, problem-solving mindset of Silicon Valley startups.

âEmerging technology innovations have the potential to revolutionise the way food is produced, packaged, distributed and consumed,â Ishmael Sunga, CEO of the Southern African Confederation of Agricultural Unions (SACAU), told the World Economic Forum in Davos this year.

And while itâs still very, very young, the revolution is already here; an eLearning Africa survey reports that 71% of farmers have used ICT to improve their farming practices, with 90% saying ICT helped to boost yields and improve income.

Africa is producing some of the most exciting agritech innovations in the world. Many are not immediately linked to the land; for example, MobiPay in Kenya provides a mobile platform for small-scale farmers to access loans via their mobile phones. Farmers log records, including harvests, market deliveries and purchase of inputs, with all payments reflecting on a financial institutionâs system, helping them to build up a credit record.

Some high-tech innovations are much more direct in their application, however. In Sudan, the FieldLook project produces satellite images to provide information on weather patterns, crop growth and soil nutrients, sending an SMS to farmersâ phones advising them when to irrigate and apply fertiliser. As a result, Sudanese farmers who took part in trials have witnessed crop yields increase by 60%.

In South Africa, meanwhile, we have a wealth of home-grown agricultural innovators. AgriProtein, for example, aims to reduce the cost and environmental footprint of creating protein-rich animal feeds. It collects organic waste that nourishes flies, which in turn produce protein-rich larvae that are ground into feed. AgriProteinâs technology is designed to mimic the natural cycle of different fly species. Using data, the life stages of the flies and larvae are recorded at 60-minute intervals, ensuring they have the optimal balance of light, heat and humidity to trigger the highest levels of mating, egg fertility and larval growth.

The Venture Networkâs Abu Bakr Cassim has worked with a number of firms in the area, many of which focus on the financial issues of farming. One, Livestock Wealth, is a âcrowd-farmingâ company that allows any web user to purchase part of a cow and reap the benefits once it is bred or slaughtered.

Further afield, in Europe, the booming robotics industry is also getting involved. Much as robot vacuum cleaners now routinely clean the carpets of city-dwellers, lettuce bots hoe away ground weeds from the base of the plant, and wine bots have been developed to precision-pick grapes. Robotic milking is also a rising trend for dairy farmers, enabling many cows to be milked at one time.

Agritech is a global phenomenon, but the big challenge to its application in Africa is the secret ingredient of all tech startups: scale. Africa, as a continent, gets most of its food either by importing it or from a convoluted network of often-poor smallholdings. Vast swathes of fertile land have been gobbled up by large commercial farms that can afford to invest in agritech innovation, but theyâre mostly export-focused.

The EU alone imports more than 40% of all agricultural produce in sub-Saharan Africa, and small-scale farmers cannot compete; they face weak infrastructure, poor governance and limited education in farming techniques. âSmallholder farmers produce as much as 80% of the food consumed in some parts of the developing world, yet they make up a majority of the worldâs undernourished population,â says Sunga.

Which is why many agritech solutions on this continent are billed more as economic products than horticultural. And the same factors also hamper public investment in the kinds of robotics and climate-clever tech seen abroad. In South Africa, Finance Minister Pravin Gordhan allocated the entire 2016/17 agricultural subsidy to small-scale farmers. But this was only R7-billion â a mere 1% of the national budget. That compares to about R333-billion allocated to agricultural subsidies in the USA and R100-billion in the UK. The UK has also implemented an agritech strategy, with Â£160-million (R2.7-billion) backing from the public purse.

Billy Morokolo, marketing director at the Department of Agriculture, warns that the narrow focus on smallholder farmers is problematic. âGovernmentâs message to [big] commercial farmers is that they must form partnerships with smaller farmers, to help them. But when it comes to money, then government is only helping small farmers.â

There are other, more pressing issues on governmentâs mind too. Henk Vermeulen, Free State Agriculture CEO, says the industry needs R12-billion to mitigate the effects of the current drought and to contribute to long-term sustainable local food production.

The National Drought Task Team says nearly R6-billion is needed just for the provision of animal feed and fodder, and R4-billion for direct subsidies to subsistence and smallholder farmers.

The catch 22, of course, is that there are many ways in which investments in agritech could help to mitigate the effects of drought in the future. New technologies in California, for example, have proven to help its agricultural industry to combat the effects of the regionâs drought. Wellntel is a US company that has developed a sensor system to monitor groundwater using sound waves. Farmers can then tap into groundwater sources when surface levels are low.

CropX, which is headquartered in Tel Aviv,Â  Israel, and in San Francisco, is another agritech company using algorithms, soil sensors and adaptive irrigation software to provide farmers with detailed information about how much water their land needs, and exactly what areas should be watered and when. A higher-priced version of CropX uses sensors to automatically adjust the irrigation system. This requires the installation of new and modern equipment, to be able to connect online.

In South Africa, if we fund an agritech strategy, it needs to strike a fine balance between adopting automated technology and replacing farm labour. Upsetting the unions or the precarious employment situation could prevent government from subsidising certain technologies. But weâve already shown we can be world leaders in the field with a unique policy on genetically modified foods.

There is also a need to invest in skills, which is critical if we are to help farm labourers to transition to higher-skilled roles, to successfully manage newer technologies.

Transportation remains a key component of agricultural productivity. An AGRA report shows that a 10% decrease in rural transport cost can generate a 25% increase in the quantity of food traded. Renewable energy is vital in combating carbon emissions and lowering cost, while energy supply and irrigation remain critical infrastructural needs.

And if agritech is truly to succeed, the telecommunications infrastructure which underpins IoT technology needs to become more accessible and affordable, particularly in rural areas. 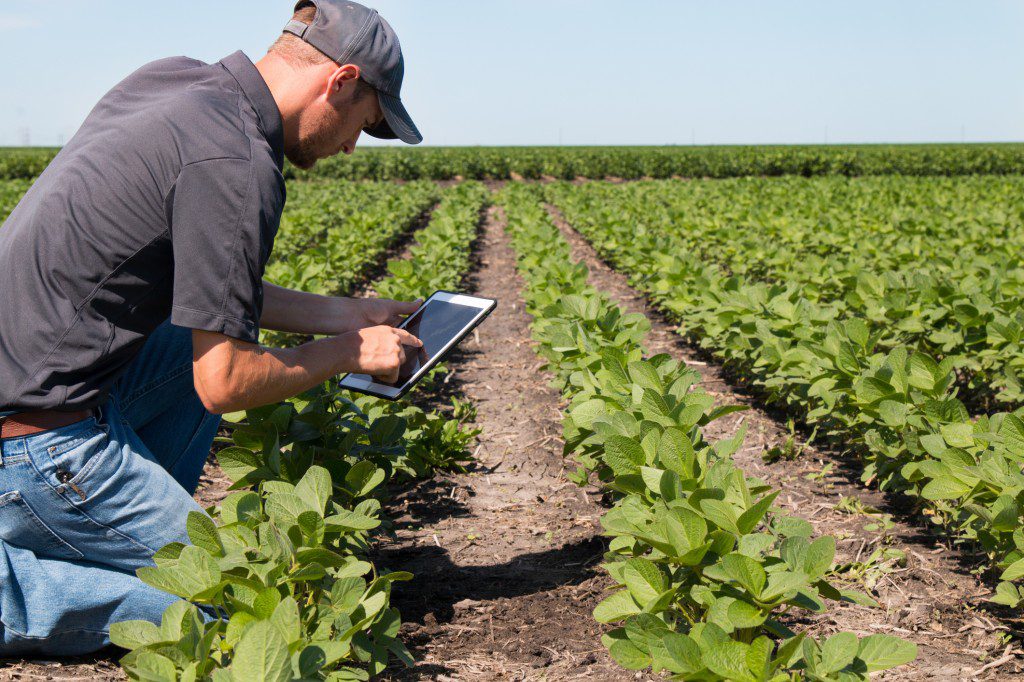 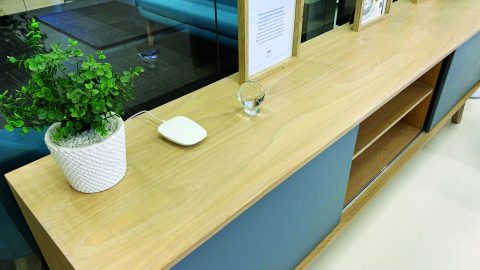 IoT And The Fight Against COVID-19 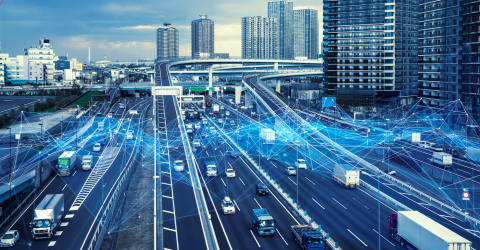 AI Can Save Lives On The Roads 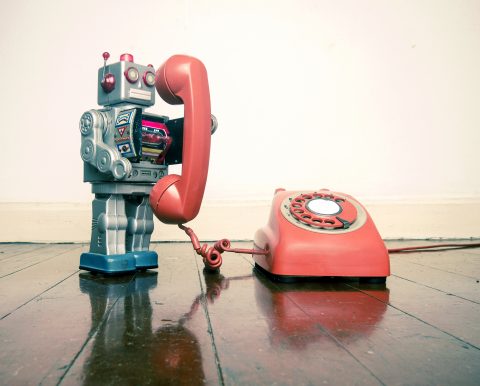 IoT And The Fight Against COVID-19

AI Can Save Lives On The Roads