The mass rollout of vaccinations started in mid-May, 2021. DSV Healthcare was awarded the tender (jointly with The Biovac Institute) from the National Department of Health (NDoH) to distribute the -70Â°C vaccines jointly developed by Pfizer and BioNTech, to multiple private and public vaccination sites around the country. 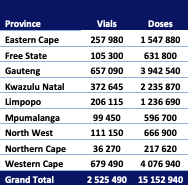 The majority of the vaccine doses (see graph and table below) were distributed during the severe third wave (Delta variant), from May 2021 to September 2021, with the peak in June and July 2021.

Distribution volumes in November and December 2021, during the more infectious but significantly less severe fourth wave (Omicron variant), were significantly down.

Distribution volumes have been relatively consistent in the first four months of 2022, although increased positivity rates in May could increase the vaccine demand. 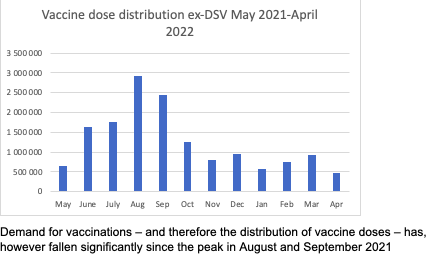 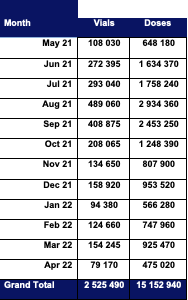 The vaccination drive has succeeded to the point where the distribution and availability of vaccination doses have exceeded demand, despite initial media and social media debate that South Africa would not be able to distribute vaccines at -70Â°C.

The success of the National Department of Health led campaign reflects the efforts of many stakeholders, including distributors and the public and private healthcare sectors

In DSVâs case, the investment in a world class healthcare distribution facility and meticulous planning paved the way for delivering when most needed.

In fact, DSV had been so keen to contribute to the fight against Covid-19 that the company bought nine highly specialized ultra-cold freezers on risk because there would simply have been no time to boost capacity once the tender was awarded.

For DSV, success has meant staying true to standard operating procedures specifically developed for the NDoH and factoring in four variables that made this project like no other: risk mitigation planning, scale, time, and accuracy. 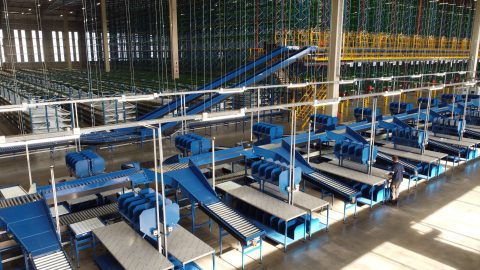 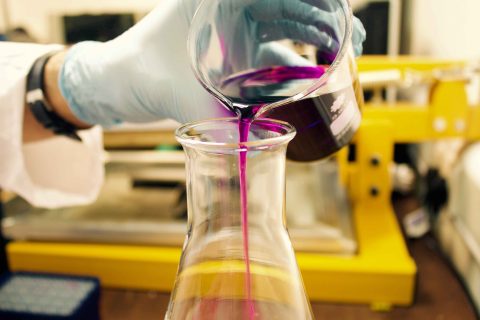 The Chemicals Between Us

The Chemicals Between Us
Next Article >