Beukes, who was part of the discussion “Supporting African Infrastructure Projects toward Africa’s economic recovery plans in the mix of a pandemic”, spoke on “Port infrastructure development and Industrial Zones (IDZs) development”. The topic aimed to provide a better understanding of transformational growth strategies and how to identify growth opportunities.Â

A number of delegates have been invited to visit the Saldanha Bay IDZ on Friday to meet the Executive Management Team and tour the site.Â

The SBIDZ-LC is South Africa’s first and only Special Economic Zone (SEZ) located within a port and with a Freeport, or Customs Controlled Area regime. The port also happens to be the largest and deepest natural port in the southern hemisphere.Â

Beukes provided a concise summary of the zone’s scope and current state of affairs. She explained that the new 356 ha space development was integral to national and regional infrastructure development and is the single largest project government has embarked upon in the Western Cape. The SBIDZ had long-standing and constructive relationships with its stakeholders, primarily the Saldanha Bay Municipality (SBM) and the Transnet National Port Authority (TNPA).Â

The SBIDZ has undertaken a cost-benefit analysis which comprised indicative designs based on a preliminary options analysis of the investor pipeline, economic and financial modelling and commercial modelling. From this, it was determined that Phase 1 would focus on a marine services jetty and floating dock and ship-lift because it would enable the Centre Zone, in conjunction with the TNPA, to offer a greater variety of services and diversity of docking facilities. The four projects, earmarked for the South Western Precinct in the SBIDZ, involve building a south-west precinct pier and jetty, installing a mobile hoist and a 220 m ship-lift and lay-by jetty. Access to these facilities would also require dredging a sector of the harbour.Â

The total capital cost for these port-related projects is approximately R3.5 billion. Beukes pointed out that their approach to catalysing investment towards these projects is to conceptualise them as a long-term partnership between the government, its institutions, and the private sector. This transaction model has proven the best way to fund long-term assets in a competitive environment. The SBIDZ has begun the formal process of submitting this project to the Investment and Infrastructure Office in the Office of the Presidency, supported by the National Treasury, for inclusion in the Sustainable Infrastructure Development Symposium (SIDS). The Investment and Infrastructure Office (IIO) was established to coordinate and align the various structures responsible for economic and social infrastructure. In light of this, the IIO is mandated to provide a collaborative platform that will bring together all stakeholders with a vested interest in infrastructure development, unlock regulatory and other bottlenecks, and accelerate decision-making for high priority investments to be speedily and efficiently implemented.Â

Mr Vernal Jones, Port Manager – Saldanha, TNPA said, “Our main function is to own, manage, control and administer the ports to ensure their efficient and economic functioning. To do this successfully, we understand the importance of co-operative governance and inter-governmental relations to ensure an integrated and collaborative view with other organs of state. The SBIDZ’s vision and mission, and our role in assisting in realising it, aligns with the government’s commitment to working with other government institutions and the private sector to build infrastructure that will contribute to the Economic Reconstruction and Recovery Plan.”Â

Beukes said an Environmental Impact Assessment (EIA) was underway and was currently in the scoping stage. This EIA and additional consultations and governance processes are undertaken concurrently by Transnet, TNPA, and the SBIDZ-LC will result in a pioneering infrastructure project preparation process. The aim is to provide clarity and certainty to all role-players, as these are usually the cause of bottlenecks and slow decision-making.Â

“At this stage, we have completed the market demand analysis, the technical costing and designs, as well as the economic assessment of Phase 1. We have also completed a review of all the types of transaction/commercial models, deal options that could be used to structure the investment and operations of the infrastructure,” explained Beukes. “We have looked at models in practice on the continent and globally; the exciting next step is to assess the workability within South Africa’s regulatory, finance and governance environments and get the necessary approvals to proceed. Our master plan shows we can go to market mid-2022, depending on the outcome of the EIA and the next steps mentioned above.”Â

She stated the SBIDZ had a pipeline of 52 investorsâ11 of which have signed lease agreementsâat an investment value of R3.26 billion, and 18% of the gross area has been leased. “We reckon that investment could grow to R23.2 billion by 2030,” she said.Â

Beukes pointed out that the zone had created more than 2 900 jobs in the five years since it was launched and that in the last four years, more than 2 450 skills training has been delivered to beneficiaries in readiness for the marine and engineering sectors. It is calculated that the eventual economic contribution of the zone would be more than R12 billion and would result in the creation of more than 21 000 jobs.Â

“Our mission is to create an internationally recognised zone catering specifically to oil and gas, maritime fabrication and repair, shipbuilding, fuel storage, logistics and related support services,” she told the visitors. “The zone would provide substantial additional socio-economic benefits for the region as this new infrastructure takes hold in the Freeport and increases the port’s capacity and competitive position to attract vessels, increase trade, and all manner of supporting services and industry.”Â 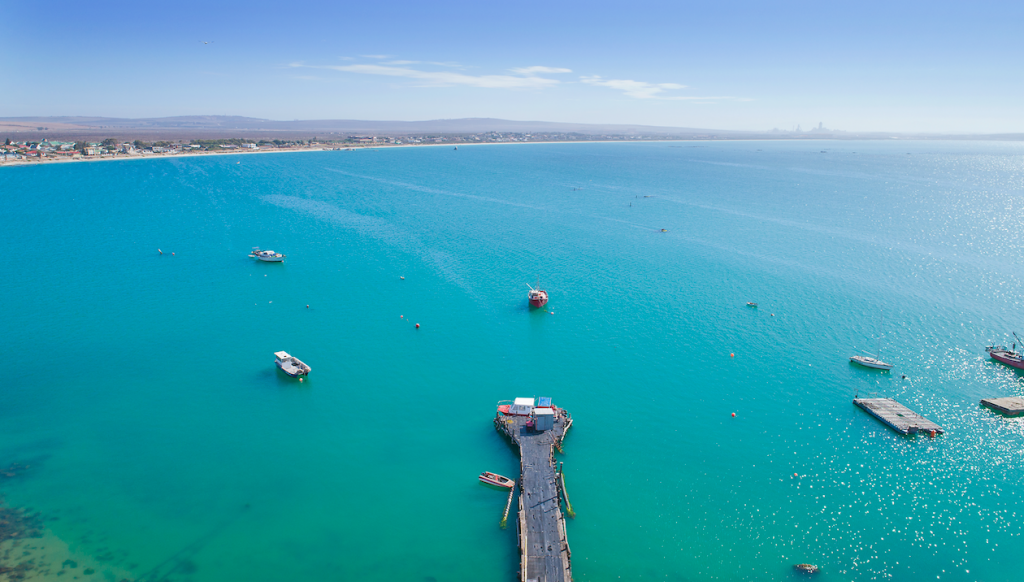 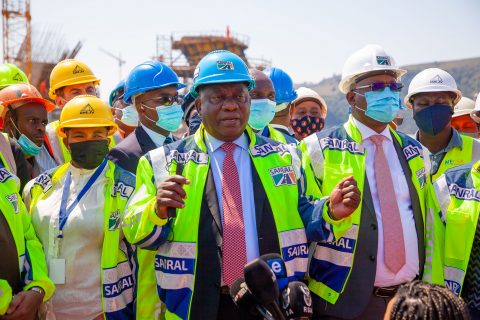