President Cyril Ramaphosa visited the Msikaba bridge site of the N2 Wild Coast Road project on Thursday, 23 September 2021, describing it as world-class and calling on local communities and traditional leaders to support the project, which is one of the flagship projects of the South African National Roads Agency SOC Limited (SANRAL).

President Ramaphosa said work on the N2 Wild Coast project will lead to the creation of 8 000 fulltime jobs and between 21 000 and 28 000 indirect jobs.

âThis translates to a wage bill of around R750 million. Both skilled and semi-skilled people have already been employed on this project. Once the road is completed, ongoing maintenance work is anticipated to create another 900 direct, full-time jobs and around 19 000 indirect jobs.

âThese numbers affirm SANRALâs commitment to sustainable job creation. Over the past year alone SANRAL has created 17 760 job opportunities at its various projects around the country. This is part of a government-wide effort to create jobs in our economy,â he said.

The event took place on the banks of the Msikaba river and was attended by several ministers, including transport, Fikile Mbalula; public works, Patricia de Lille; small business, Stella Ndabeni-Abrahams; and water and sanitation, Senzo Mchunu. Others in attendance included the Premier of the Eastern Cape, Oscar Mabuyane and members of his provincial cabinet, mayors and councillors, as well as traditional leaders such as the the King of amaMpondo, King Zanozuko Sigcawu, accompanied by various Iinkosi around the Mpondoland, and SANRAL board members and executives. (The previous statement had erroneously mentioned that Chief Baleni was present. He was not in attendance.)

The bridges are part of the N2 Wild Coast Road Project that connects four provinces, namely the Western Cape, Eastern Cape, Kwa-Zulu/-Natal and Mpumalanga. It is SANRALâs flagship infrastructure project in the Eastern Cape and one of 18 designated national Strategic Integrated Projects or SIPs of catalytic value.

The President said thatÂ the project has huge socio-economic and enterprise development benefits and would yield benefits over a long period.

âApproximatelyÂ R4-billion will be spent on targeted enterprises during the construction period. This will ensure that the investment on this project will be ploughed back to communities. Already some R120 million has gone to local SMMEs as part of upgrading and linking of roads, and there are several more projects in the pipeline.

âBy regulating that a minimum of 30 per cent of expenditure is earmarked for targeted enterprise sub-contractors and suppliers, approximately R4 bn will in future flow to SMMEs from the OR Tambo and Alfred Nzo Districts.â

The project would also have a positive environmental impact, he said.

âTheÂ N2 Wild Coast Region Biodiversity Offset Programme will result in the Silaka and Mkhambathi Nature reserves being expanded, and lead to the creation of several new protected areas in the Pondoland Centre of Floral Endemism totalling approximately 20Â 000Ha.â

âWith the coming into operation of the Africa Continental Free Trade Area (AfCFTA) in January this year, I can certainly see this project playing a key role in the movement of goods and services to a continental market.â

President Ramaphosa said that, at Msikaba,Â the community participation goal for targeted labour set by SANRAL was exceeded at the end of July, with it reaching 37 per cent against 32 per cent of work completed. Â âSixty-two per cent of the total work force on this site are locals. Of the 329 employed, 156 are employed by the main contractor, and 173 by sub-contractors.

âI want to congratulate the national Department of Transport, SANRAL and the contractors for ensuring that matters around community participation were dealt with sensitively.â

He said the N2 Wild Coast Road Project supports ânot only our domestic priorities, but the economic integration agenda of the African continentâ.

âIt is not far-fetched to say that years from now, this same N2 Wild Coast Road will enable an entrepreneur from Lusikisiki to transport their goods onward to Gaborone, to Lusaka, then to Dar-es-Salaam. It is not inconceivable that a bus from Kinshasa in the DRC will be able to bring tourists directly to the Wild Coast.

âThrough theÂ Programme for Infrastructure Development in Africa (PIDA)Â we have a common framework for African stakeholders to build the infrastructure necessary for more integrated transport, energy, ICT and trans-boundary water networks to boost trade, spark growth and create jobs. In this regard, the N2 Wild Coast Road Project will no doubt play an important role.â 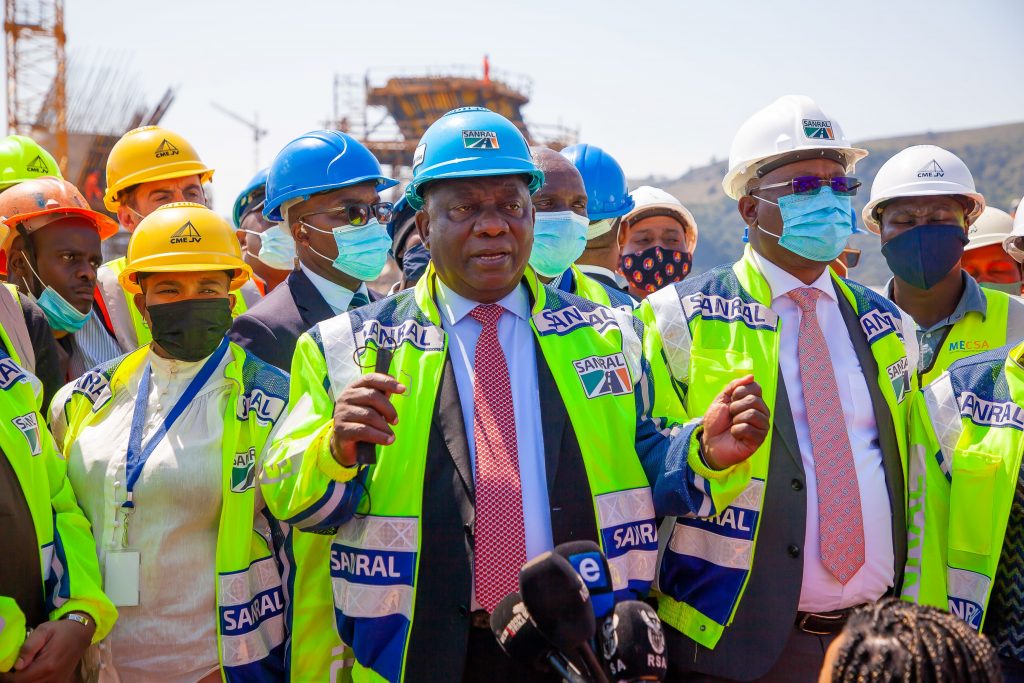 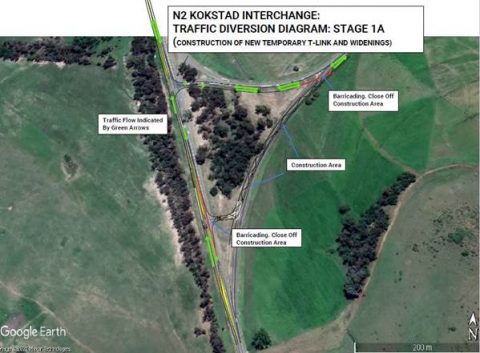