Strauss & Co is pleased to announce details of its high-quality offerings from its forthcoming virtual auction.

The auctionÂ will be led by auctioneers in studios in Johannesburg and Cape Town and live-streamed throughÂ Invaluable.comÂ over three consecutive days in late July. The sale commences on Sunday 26 July with a session devoted to fine wines from three esteemed Cape winemakers â Boekenhoutskloof, Klein Constantia and Kanonkop â and climaxes with the offering of two notable single-owner collections on Tuesday 28 July.

âWe are delighted by the range and depth of the wine and art on offer,â says Strauss & Co executive director Susie Goodman. âThe two single-owner collections, one from a Pretoria collector, the other from a large survey collection of South African art, affirm Strauss & Coâs leading role in handling properties assembled by discriminating collectors and patrons of the arts. Given the circumstances of the on-going COVID-19 pandemic, I am pleased to say that the July sale also includes various lots being sold in support of deserving charities in the arts and the community more broadly.â

âThis collection was assembled over many decades and includes top-quality examples of works from a range of periods and locations,â says Alastair Meredith, a senior art specialist and head of Strauss & Coâs art department. âThe 45 lots on offer are drawn from a larger survey collection. The selection includes a number of important works by Gregoire Boonzaier, Alexis Preller, Gerard Sekoto, Edoardo Villa and Pieter Wenning.â

SekotoâsÂ The Visitor, EastwoodÂ (estimate R3 â 4 million), which depicts a cyclist pausing to converse with a mother and child, was painted during his important pre-exile residency in Eastwood, Pretoria (1945â47). Painted a decade earlier, in 1938, Boonzaierâs energeticÂ Street Scene, District SixÂ (estimate R500 000 â 700 000), dates from the year he participated in the formation of the New Group.

The highlight of the Property of a Pretoria Collector is Anton van Wouwâs well-known bronze of a crouching Boer soldier,Â The ScoutÂ (estimate R900 000 â 1.2 million). The work bears the inscriptions of the Massa foundry in Rome. Other notable modern and post-war art consigned to this sale include Alexis Prellerâs magnificent abstract from 1963,Â Temple of the SunÂ (estimate R1 â 2 million), which once enjoyed pride of place in the artistâs Dombeya home, and Christo Coetzeeâs nearly contemporaneous assemblage painting from 1960,Â After JapanÂ (estimate R350 000 â 500 000).

Strauss & Co is particularly fortunate to be presenting on auction a wonderful selection of sculptures by the master sculptor Edoardo Villa. Among these are two outstanding large-scale works, both bearing the same title. VillaâsÂ Mother and ChildÂ from 1974 (estimate R1.5 â 2 million) is a painted tubular steel sculpture measuring nearly 5 metres high. It is one of the most significant Villas ever to come to auction. The otherÂ Mother and ChildÂ dates from 1983 (estimate R900 000 â 1.2 million) and was cast in bronze by Luigi Gamberini at the Vignali Foundry in Pretoria.

Leading the contemporary art selection in Strauss & Coâs sale is Athi-Patra Rugaâs large textile piece,Â The Sacred Versatile Queen and Autocrat of all AzaniaÂ (estimate R700 000 â 1 million). The work elaborates on his queer-positive cosmology of a fictionalised South Africa ruled by female monarchs and was acquired at an art fair in Basel, Switzerland. The sale also includes lots by two important contemporary Zimbabwean painters, Portia Zvavahera and Misheck Masamvu. Both artists work in a colour-drenched expressionist mode dominated by figures and have been widely exhibited internationally.

Notable contemporary paintings by South Africans include a dramatic cityscape by Robert Hodgins from 2005. TitledÂ Memo Painting #1(estimate R1.2 â 1.6 million), the work reimagines elements of the 1994 film collaboration between Hodgins, Deborah Bell and William Kentridge. Mmakgabo Helen Sebidiâs mythical oil,Â Horse Spirit (estimate R600 000 â 900 000), was presented on her 2019 survey exhibition at Cape Townâs Norval Foundation. This same institution will in 2021 survey the work of painter of Georgina Gratrix, who is represented in the sale byÂ The AdvocateÂ (estimate R70 000 â 90 000).

The 1987 vintage of Klein Constantiaâs flagship Vin de Constance, produced entirely from Muscat, is regarded as one of the finest vintages produced in the 1980s and 90s. A single 500 ml bottle of the 1987 vintage carries an estimate of R25 000 â 30 000. At 25 years of age, Boekenhoutskloof in the Franschhoek Valley is the youngest of the three winemakers profiled. Its Platter five-star 1997 Syrah helped establish its reputation. The sale includes a three-bottle lot of this celebrated vintage (estimate R9 000 â 11 000), as well as two lots of its lauded 2005-vintage Bordeaux blend, The Journeyman (estimate R10 000 â 12 000 each).

Philanthropy has acquired pointed meaning during the COVID-19 pandemic. The sale includes a single lot of six paintings by Keith Alexander depicting Old and New Testament scenes (estimate R600 000 â 900 000) that were painted for and donated to St Georgeâs Anglican Church in White River by the artist, a member of the congregation. Proceeds from the sale of this lot will benefit the Keith Alexander Fund administered by the church. Proceeds from the sale of two works on paper by William Kentridge will benefit Artist Proof Studio, Johannesburg, and another will be sold in support of Lefika La Phodiso Community Art Counselling and Training Institute. In addition, the sale of two lots by Maud Sumner will benefit the Walter Battiss Art Museum, Somerset East.

The full catalogue can be viewed: https://shared.straussart.co.za/auctions/130/catalogue/.

Athi-Patra Ruga: The Sacred Versatile Queen and Autocrat of all Azania 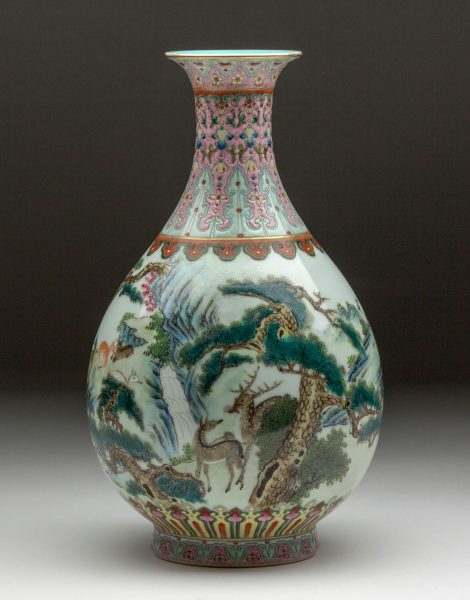 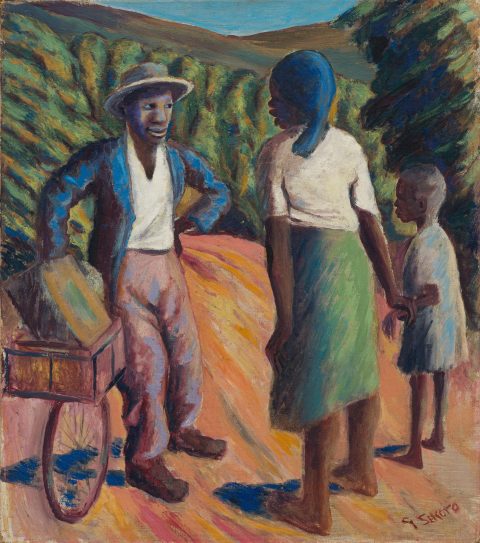 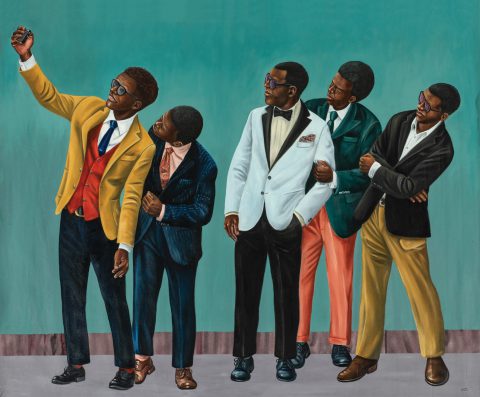